Not quite a Jackpot winner, but still €17,017 is a worthwhile prize!

A County Cork EuroMillions player in the Midleton area matched five numbers in last night’s EuroMillions draw to win €17,017. The winning Quick Pick ticket was purchased on the day of the draw in Broderick’s shop at Shangarry Cross in Shangarry, Midleton, Co. Cork. 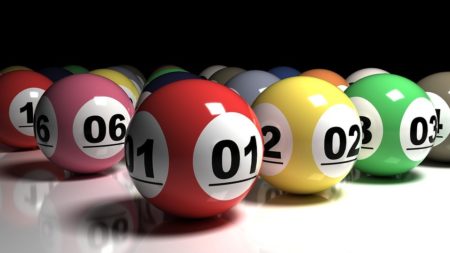 The National Lottery have advised the winning ticket holder to sign the back of their ticket and to get in touch with the National Lottery claims team on 1800 666 222 or email claims@lottery.ie and arrangements will be made for them to claim their prize.

While there was no winner of last night’s €62,793,085 jackpot, over 56,000 players in Ireland won prizes across the EuroMillions and EuroMillions Plus games. Tuesday’s (3rd August) jackpot is now set to roll to an estimated €70 million.

Last night’s win marks the second National Lottery win by a Cork player in the space of just a few days. On Wednesday night, a Lotto player in Cork scooped the top prize amount of €250,000 in the Lotto Plus 2 draw. The winning Lotto ticket was purchased on the day of the draw (Wednesday 28th July) in Centra Millstreet at West End in Millstreet, Co. Cork.

A National Lottery spokesperson said: “It’s been a lucky week for National Lottery players in Cork. A Rebel county player has gotten their long weekend off to a great start by scooping €17,017 after matching five numbers in the EuroMillions draw. We are urging players who purchased their tickets in the Midleton area to check their tickets carefully today. The winning ticket holder is advised to sign the back of their ticket and keep it in a safe place. They should contact our prize claims team on 1800 666 222 or email claims@lottery.ie and arrangements will be made for them to claim their prize. The Friday night win comes just two days after a Lotto player in Cork won the top prize of €250,000 in Wednesday night’s Lotto Plus 2 draw.”