Thomas Davis Street in Mallow is to be pedestrianised 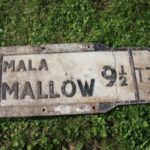 Thomas Davis Street in Mallow in North County Cork is set to be pedestrianised every Saturday afternoon for six weeks as part of a new pilot project. Under the scheme, vehicular access will be restricted at set times and the street will be made available to pedestrians and for on-street dining during that time.

Cork County Council is introducing the temporary measure following consultation and active engagement with local businesses. Feedback to Cork County Council showed that 84% of businesses on Thomas Davis Street and William O’Brien street were in favour of the pilot pedestrianisation.

The timed pedestrianisation will be in effect from the O’Brien Street junction with Thomas Davis Street to the Clock Tower from 2.00pm until 7.00pm every Saturday from September 25th until October 30th.

“We surveyed businesses in the area and found that more than eight out of ten were in favour of the plan. Cork County Council, our Elected Councillors and Mallow Chamber of Commerce will be assessing the progress of the pedestrianisation throughout the six-week trial. In particular, we will monitor its impact on the town of Mallow, on businesses and on traffic flow. We also welcome public feedback and encourage locals and visitors to Thomas Davis Street to let us know about their experiences during the pilot pedestrianisation.”

“The pedestrianisation of Thomas Davis Street promises to be a fantastic opportunity for businesses and pedestrians alike to enjoy the street. The main street will be closed for just five hours every Saturday, but I hope it will bring more vibrancy and add to the existing vibrancy in the area. I am very much looking forward to seeing more people embracing the heart of Mallow town, enjoying a coffee or a bite to eat and supporting our local retailers.”

As the pilot pedestrianisation progresses, the Kanturk Mallow Municipal District team will further engage with Councillors, Mallow Chamber of Commerce and other Mallow representative bodies on the pilot project. If members of the public or businesses would like to know more, they are asked to contact Kanturk and Mallow Municipal District at KanturkMallowMD@CorkCoCo.ie