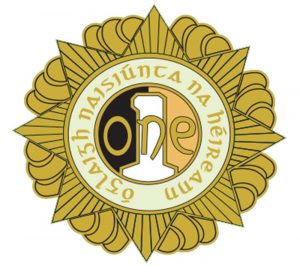 Simon Coveney, T.D., Minister for Defence and Minister for Foreign Affairs today officially opened the new Veteran Support Centre and hostel of the Organisation of National Ex-Service Personnel (O.N.E.) in Cobh, Co. Cork. O.N.E. is a limited company with charitable status that is dedicated to the welfare of ex-service personnel of the Irish Defence Forces by way of providing accommodation and advice to homeless, elderly or disabled members in need.

Minister Coveney congratulated O.N.E. on the opening of the new facility, stating: “This is a proud day for all members of Óglaigh Náisiúnta na hÉireann as the project to convert an old Social Welfare building into a facility with accommodation and a drop-in advice centre for veterans comes to fruition.”

Minister Coveney concluded by stating that O.N.E. has made a great difference to the lives of ex-service men and women who have had cause to avail of its services. He wished O.N.E. every success with the facility in Cobh and in the future.

O.N.E. currently operates a number of other residential homes in Dublin, Athlone and Letterkenny. The opening of Brú na Farraige represents the first such facility provided by the organisation in the Munster region, and forms part of O.N.E.’s plans to establish a network of fifteen Veteran Support Centres around the country. The Government has provided a formal commitment to support the organisation in this regard via a Programme for Government commitment. The Department of Defence has worked with O.N.E. to secure Dormant Accounts funding to assist in the development of the Cobh facility, providing a total allocation towards the project of €210,000.