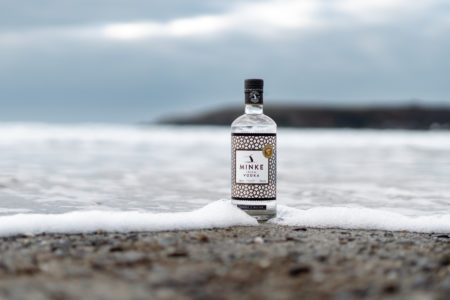 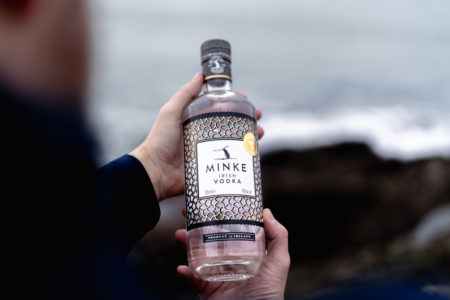 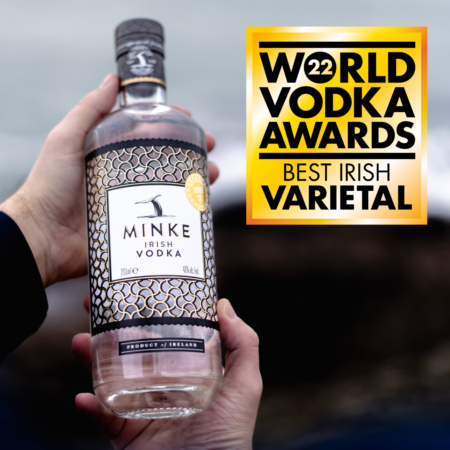 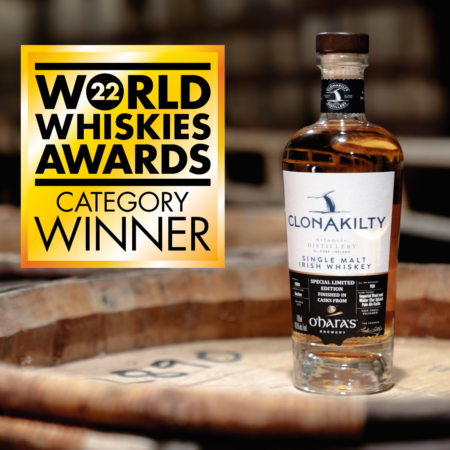 Clonakilty Distillery has added another two awards to its growing collection of accolades after their Minke Vodka was named Best Irish Varietal Vodka at the recent World Vodka Awards, and their Clonakilty O’Hara’s Cask Finish Special wins in the Single Malt Small Batch category at the World Whiskies Awards 2022.

Their Minke Vodka came out on top following a series of judging rounds by a panel of leading distillers and experts from the vodka industry.

The World Whiskey and Vodka Awards are global competitions that identify the best in all internationally recognised genres and promote premium quality vodka and whiskey to consumers and trade markets throughout the world.

Currently, the number one spirit consumed in Ireland, vodka is a relatively new departure for the Clonakilty Distillery, which launched their whey-base spirit in 2020.

However, following its launch, Minke Vodka has made waves in the industry and the World Vodka Award is the second award the product has received over the last 12 months as it also scooped the Gold Award in the Smooth category at the Spirits Business Vodka Masters in 2021.

Judges at the awards revealed the criteria for the category which led Clonakilty Distillery to come out on top for their Minke Vodka,

They remarked: “The Varietal Vodka is awarded to a vodka that is intended to be enjoyed neat or in cocktails whereby a little character determined by the base ingredient is acceptable, sought after and relished. A pure, clear and clean vodka, but not necessarily neutral by any means. “

Head Distiller at Clonakilty Distillery Paul Corbett said they were delighted with the recognition for both products:

He said : “ We are over the moon to have won a second award this week. It’s a credit to the team here to be able to win awards in two different categories of spirits. We are delighted to have won best Irish varietal vodka. A slow distillation process produces an exceptionally clean vodka while the use of a whey spirit base imparts a smooth velvet mouthfeel. As a result, Minke Vodka is perfect to enjoy neat or in a cocktail.

He added: “O’Hara’ s brew exceptional beers and on nosing the casks before filling I knew we were going to be crafting something special. The resulting single malt has a complex blend of chocolate, fruit and spice notes with a rich mouthfeel and we’re delighted it has been recognised too.”

Clonakilty Distillery’s Minke Vodka is currently available to purchase from Supervalu and Centra stores as well as from the distilleries own online store. The Clonakilty O’Hara’s Cask Finish Special is also available online.