Singer, songwriter and musician Donovan Leitch has chosen Sea Church in Ballycotton for his first live performance in more than two years. The folk icon is set to play the venue on Sunday, May 1st.

The Scottish native rose to fame in the 1960s and is known for his hit songs such as Catch The Wind, Sunshine Superman, Mellow Yellow, Universal Soldier, Colours, and Hurdy Gurdy Man. 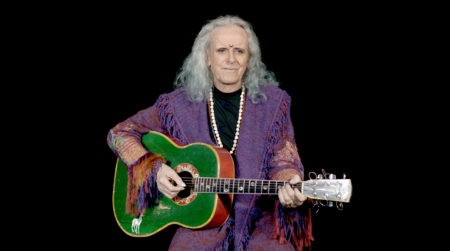 Donovan is widely regarded as one of the most influential songwriters working today. He was inducted into the Songwriters Hall of Fame in 2014 with his 1965 album Sunshine Superman contributing to the release of his friend’s The Beatles album, Sgt. Pepper’s Lonely Hearts Club Band.

The Sea Church is a unique venue housed in a fully refurbished Church of Ireland church, which first opened in 1835 and has been lovingly restored as a multi-purpose entertainment venue.

Donovan now lives near Mallow, County Cork with his wife Linda, he said, “I especially chose a small Cork County venue as the first for me to return to Live Concert after the long closure of concert halls, to thank the people of Cork County where Linda and I call home.”

Sea Church General Manager John Kidney said, “We’re honoured that Donovan has chosen Sea Church for his first live performance in more than two years. Donovan has won numerous awards over the years, including The Ivor Novello Award for Songwriting for his first song at the age of just 18. His popular artistic talent has been seen and played all over the world, and his return to the dramatic coastal venue of Sea Church is certainly not one to be missed.

A very limited number of tickets are on sale for the performance on May 1st. Tickets are €35 plus fees and are available on www.seachurch.ie