Could the unclaimed lottery ticket be yours?

This month, the lottery was won by a lucky individual in Co Louth. Scooping a total of €1million, they’ve officially become the country’s latest millionaire. Having won the biggest prize in the Lotto Plus 1 game, they are the 15th millionaire to be made from the game this year alone. 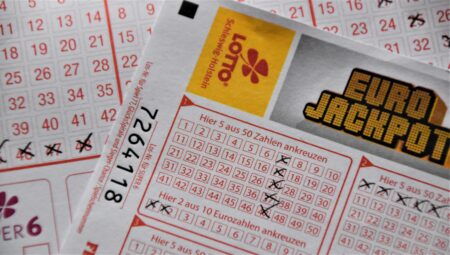 Unfortunately, the main lottery game didn’t have a winner this time. But one individual was just one number away from winning nearly €5million. Missing out on a jackpot of €4.9million, the individual instead matched five numbers and the bonus number, winning a total of €195,697.

What’s more, it’s been revealed that the ticket was bought in Longford at the Dunnes Store on Friday 8th April. If this sounds like you, then grab your ticket and look out for numbers 4, 7, 17, 24, 29, 42 and a bonus number of 15. Lottery officials have advised anyone who thinks they have won to sign the back of their ticket, put it in a safe place and contact the National Lottery team.

Just because there wasn’t a winner of the main game in this instance, it doesn’t mean there won’t be a winner next time. And, if there is, they could be walking away with a total jackpot of over €5million. This is because any winnings that aren’t won or claimed are set to roll over to the next game.

Having first started in 1994, and now with millions of physical and online lottery tickets bought every week, including Irish Red Cross Scratchcard and Millionaire Go!, the lottery has become one of the biggest games in the United Kingdom. During its time, more than 4,000 millionaires have been created – with data revealing that builders are the luckiest profession!

In total, £56 billion has been paid out in various prizes and it’s no surprise that the average millionaire spends some of their winnings on a new car. More than 25% of lottery winners bought a new dog for the family and nearly 33% say they’ve taken at least five holidays a year, thanks to the money. Research has also revealed that most millionaires have celebrated with a cup of tea.

It’s not just lottery participants who have benefited over the years. Every week, millions are also donated to charities and community groups to help them to fund crucial projects and activities. This includes transforming Wembley Stadium into the destination that it is today and Fight For Peace, which works with inexperienced people in London to provide them with essential skills for the future.

With online games throughout the week, the next big draws take place on Wednesdays and Saturdays and EuroMillions takes place on Tuesdays and Fridays. You might want to keep your ticket close to hand to ensure that you do know if you’ve won!