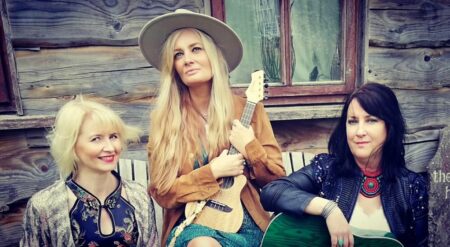 Hot off the back of their Irish tour announcement and with 3 No.1 hits on the iTunes Singer
Songwriter Chart, and over 1 Million impacts on Irish radio, The Raines are back, with a
summer release, their fourth single “Another Lover” taken from their forth coming debut
album.

In what is fast becoming the recognisable sound of The Raines soaring vocal harmonies and
sweeping strings, the Galway band effortlessly deliver the raw emotion of this universal
theme in this original and emotive song.

‘Another Lover’ was recorded in various locations by Ivan O’Shea, Juliana Erkkonen and Cesar
Benzoni featuring John O’Dwyer on Bass, Cesar Benzoni on Mandolin and Cormac Dunne on
Drums. The award winning Producer Brian Masterson famous for his work with The
Chieftains, Van Morrison, Willie Nelson and The Bothy Band, to name just a few mixed and
mastered the track.

Speaking of their forthcoming Irish tour, Yvonne Tiernan says “We are thrilled to be kicking
off our first Irish tour in Whelans Dublin on 3rd of June and taking the band on the road to
play live around the country.

The part we lovemost about being in The Raines, is playing our music to a live audience”.

‘Another Lover’ is out now across all of the major digital platforms.