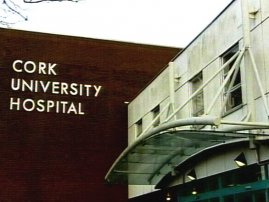 The South/South West Hospital Group – which includes CUH, CUMH, SIVUH, Mercy, Bantry, and Mallow Hospitals – is advising the public that there will be significant disruption and service delays in its hospitals tomorrow, Tuesday 24th and Wednesday 25th May from 8am-8pm, due to the planned Industrial Action by the MLSA.

The industrial action will lead to the cancellation of many inpatient and day-case elective procedures including Endoscopy, Colposcopy and hospital outpatient appointments across the country. Routine GP Laboratory testing services will be suspended for these days and while some limited services will continue unfortunately wide scale disruption to patients services cannot be avoided.

Emergency Departments will continue as always to prioritise the treatment of the sickest and most urgent patients however are expected to be very busy as a result of the delays.

Appointments and procedures disrupted by the strikes will be rescheduled as soon as possible.

The South/South West Hospital Group is requesting that members of the general public only attend at Emergency Departments if absolutely necessary.  Management at South/South West Hospital Group would like to remind the general public that they should explore all other options available to them prior to attending an Emergency Department.

Medical Scientists are stepping up their industrial action this week – in frustration over long-standing pay and career development issues.

Two days of action are taking place on Tuesday May 24 and Wednesday May 25, following an initial one day of action last week.

No approach has been made by the HSE or Department of Health to the MLSA since last week’s stoppage, despite comments from HSE representatives implying talks were ongoing.

The action will again involve the withdrawal of routine laboratory services from 8am to 8pm on both days, affecting routine hospital and GP services across the country.

The Union representing Medical Scientists – the Medical Laboratory Scientists Association (MLSA) – said it has made every effort to avoid regrettable disruption to patients and fellow healthcare workers but has been left with no alternative.

MLSA has 2,100 members and the vast majority will be on picket lines this week, at all public voluntary and HSE hospitals and the Irish Blood Transfusion Service, which will join the pickets for the first time.

If no progress is made a further three days of action are planned for next week on May 31st, June 1st and June 2nd. In a ballot of MLSA members last November 98% had voted in favour of taking the action.

The action follows many rounds of unsuccessful talks with the HSE, Department of Health, Department of Public Expenditure and Reform and the Public Service Agreement Group, particularly during the past two years.

Reasons for the Action

MLSA Chairperson Kevin O’Boyle said Medical Scientists did not want to be stepping up the action but severe problems and burn out in the sector are being ignored by the HSE and Department of Health – and these must be addressed.

Mr O’Boyle said the issues causing the staffing crisis in the sector are:

“All of these issues are leading to a recruitment and retention crisis. 20% of approved hospital posts are unfilled and it is not sustainable to continue like this. We need an effective structure for this profession which can secure the staff needed to do the work that is required. Resolving these issues will benefit patients and the health services they receive.”

MLSA General Secretary Terry Casey said the Union is this week continuing to seek meaningful talks with the HSE and Department of Health.

“Since last week’s action neither the HSE nor the Department of Health have come to us with a meaningful proposal or invitation to talks that could address the issues involved. It because of this that Members throughout the country are stepping up the action.

“The MLSA’s claim for parity with clinical biochemist colleagues dates back to 2001 when an Expert Group Report recommended pay parity between the grades. The then awarded pay parity was lost within months as a result of procedural error in the public service benchmarking awards in June 2002.

“In January 2020, against a backdrop of a severe and worsening staffing crisis, the MLSA renewed this longstanding claim for parity of pay and career progression. More than two years on, and after many rounds of proposals and talks, these issues have not been resolved and there is now an even more significant shortage of Medical Scientists, affecting all regions of the country.”