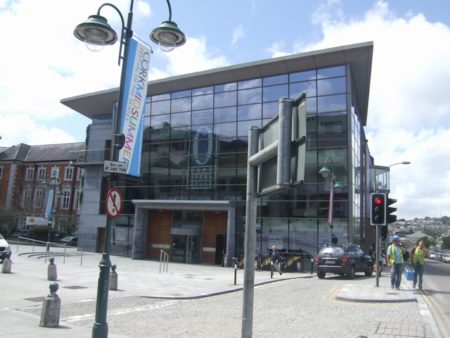 Lisa Loeb is today announced as a Very Special Guest supporting Belinda Carlisle at Cork Opera House on July 15. Dallas native Lisa Loeb is a GRAMMY™ Award-winning singer-songwriter, touring musician and philanthropist who started her career with the platinum-selling hit song ‘Stay (I Missed You)’ from the film Reality Bites.

Rock stars come and rock stars go and in an everchanging landscape of shifting musical trends, few artists truly stand the test of time. Belinda Carlisle is one of those rare talents who does. She continues to remain relevant after nearly four decades in the business, amidst changing tastes the gifted and glamorous singer-songwriter has indelibly touched the hearts of pop fans around the world with her unique blend of gutsy vocals, emotively charged melodies and picturesque lyrics.

With ‘The Decades Tour’, the internationally acclaimed recording artist will celebrate her rich musical catalogue and chameleonic musical prowess. The tour spans 20 dates across the UK and Ireland in October and November 2021, including a show at the Cork Opera House on 1st November, rescheduled from Belinda’s postponed and sold-out show at the venue in late 2019 which has been rescheduled to Friday 15 July.

A trailblazing independent artist, Lisa was the first pop musician to have a Number 1 single while not signed to a recording contract. She followed that remarkable feat with several hit singles and six albums, two of which were certified gold. Lisa recently released her 15th album, A Simple Trick To Happiness, to stellar reviews from critics and fans, and followed the release of this album with the debut of her new musical, Together Apart, which she co-wrote and co-produced with over 100 of her fellow Brown University alums to raise money for The Actors Fund.