Competition to name the a new road in Cork’s largest town, which – as things stand – is simply known as the “Western Relief Road, Carrigaline”, but it could have a much much better name!

A few years ago observers of contemporary culture coined the term “McBoatfacing”, defined as “making the critical mistake of letting the internet decide things”. This was after the name Boaty McBoatface was the winner in a March 2016 #NameOurShip online poll to name the UK £200 million polar scientific research ship for the British Antarctic Survey. The New York Times wrote that to be “McBoatfaced” was to allow people to “deliberately make their choices not in order to foster the greatest societal good, but, instead, to mess with you”. 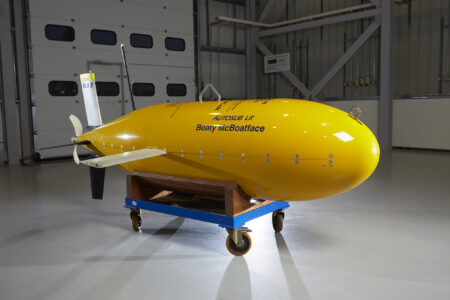 Boaty McBoatface, a remotely-operated submarine. The submarine, bearing a name that began as a joke, will operates in Antarctica

Now, closer to home, here in Ireland, people will have the chance to name a bypass in County Cork’s most populous town – Carrigaline.

Children attending schools in Carrigaline together with members of the public are invited to submit their proposed name, which should “recognise the links to Carrigaline’s past while also considering the towns future”

The new Carrigaline Western Relief Road is to be be named by the local community, following a proposal by the Elected Members of Carrigaline Municipal District.

Entries outlining the reasoning behind the name and the links to the locality will first be shortlisted to 5, before an overall winner is chosen with the winner invited to the official opening of the Carrigaline Western Relief Road set to take place later in 2022.

“This competition is a fun and engaging way for Cork County Council to invite the people of Carrigaline to be part of this historic development for the town, to promote civic pride and cultural reflection alongside the introduction of a new critical piece of infrastructure. This awaited bypass will have a huge positive impact on Carrigaline and now the community will can create a lasting impact on the project by naming it.”

Carrigaline Western Relief Road is a 750m long road project including a new bridge crossing over the Owenabue River and is currently under construction by BAM Contractors with Atkins, J.B. Barry & Partners and Mott MacDonald consultants. The scheme comprises the main section starting at the new junction at Ballea Road near the Carrigaline Court Hotel and ends at the new junction on the lower Kilmoney Road. The second section links the Carrigaline Soccer Club road from the roundabout at the Ballea Road to the rear of the Collins Supervalu Car park. 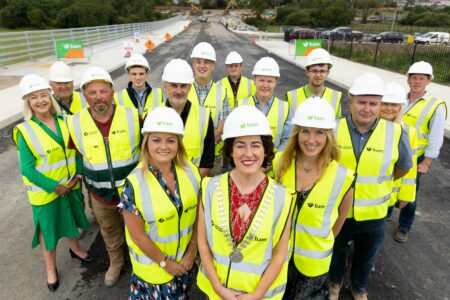 Mayor of The County of Cork, Cllr Gillian Coughlan, pictured with representatives of Cork County Council, and BAM Construction, at the announcement that the new Carrigaline Western Relief Road will be named by the local community. Picture: Michael O’Sullivan /OSM PHOTO 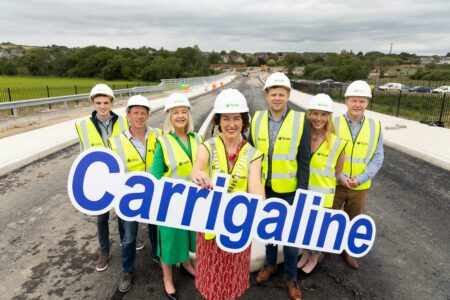 Chief Executive of Cork County Council, Tim Lucey welcomed the opportunity for the local community to get involved in this exciting project for Carrigaline, saying,

“The Western Relief Road is of critical importance to Carrigaline and the surrounding area. It will help to relieve traffic congestion and will facilitate the ongoing development of the county’s largest town. This project is one of a number of exciting schemes planned for Carrigaline, which combined will greatly enhance quality of life for its residents and will position the town as a great place to do business.”

“Coming up with the most suitable name for this new road presents an opportunity for the people of Carrigaline, both young and old, to work together to explore and discover the history of this town, which has changed so much in recent times.”

Entries can be submitted through Cork County Council’s online portal at www.yourcouncil.ie