It was an afternoon of well-deserved celebration for three Cork stores – O’Leary’s Centra Douglas Road, Ross’s Centra Watergrasshill, and Hegarty’s Centra in Ballinspittle as they were honoured for their commitment to excellence in food safety at the recent Musgrave Retail Food Safety Awards.

Throughout the course of the event, which was held in the Killashee Hotel, Naas, Musgrave Retail Food Safety Awards announced the carefully selected stores who performed best within the Exceptional Performance in Food Safety, and Continuous Improvement in Food safety Award categories, and three Cork stores were decided to be winners.

The Musgrave Retail Food Safety Awards champion a continued commitment by retailers to uphold exemplary standards in store of leadership in food safety. The awards were sponsored by the global assurance provider – Lloyd’s Register Quality Assurance who in the previous year had twice audited each of the stores against the Musgrave Retail Food Safety Standard. The winners were carefully selected based on the outcome of those audits.

Winning a Food Safety Award demonstrates that ensuring the highest standards of food safety are continually prioritised by their team of staff. Each successful store was chosen as a result of their ongoing hard work and dedication to Food Safety. 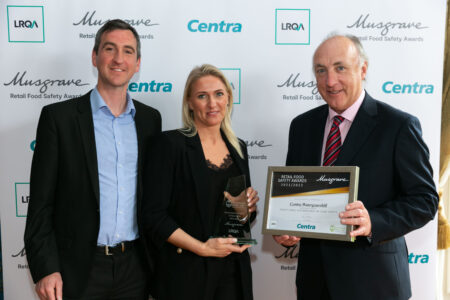 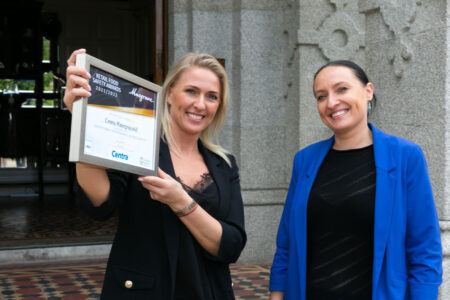 Commenting on the importance of these prestigious awards, Ian Allen, Managing Director of SuperValu & Centra said,

“We are thrilled that these Centra stores have been recognised for such important awards. Food safety has never been more important, and our Food Safety Awards represent the highest of standards. This accolade is a validation of the continuous and consistent hard work and effort put in by store owners, managers, and staff. They are testament to efforts made to embed a strong culture of food safety in store.

We know the standards set by LRQA were incredibly high, so each and every one of the stores should be incredibly proud of this achievement”.

“These awards identify the stores that set the standard by showing the highest commitment to Musgrave’s Food Safety programme, inspiring a culture that extends to their employees and across their stores.

Throughout the audit process, this year’s award winners have demonstrated their dedication and diligence to food safety measures and quality control. We would like to congratulate each of them on this fantastic achievement.”

“We take food safety incredibly seriously and are so proud of the stores who achieved such an outstanding result. As a company, we are committed to delivering the best for our customers and would like to pay tribute to the three Cork stores who have excelled and look forward to more stores receiving this accolade next year.”