Having only entered the Asian market one year ago, Kinsale Spirit Company in Cork has completely surpassed expectations at The DB Asia Summer Tasting awards by taking three medals. Founders Ernest Cantillon, Colin Ross, and Tom O’Riordan, are thrilled to see Spanish Earl Irish Whiskey, Red Earl Irish Whiskey, and Kinsale Gin, take the top spots in their categories at the competition.

Last summer, the Drinks Business Asia launched its Summer Tasting competition to find the best drinks brands on the world stage. Chaired by The Drinks Business Asia’s Managing Editor Alice Liang, and assessed by a panel of leading industry experts, including Master Sommeliers, Masters of Wine, senior buyers and leading mixologists, the judges blind-tasted the best of wine and spirits, and awarded Silver to Red Earl Irish Whiskey, Gold to Kinsale Gin, and, for the most outstanding expressions, the coveted Master medal to Spanish Earl Irish Whiskey. 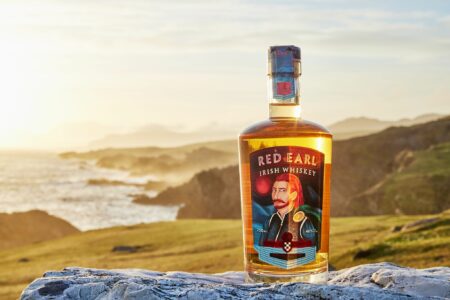 Spanish Earl Single Malt Irish Whiskey starts its ageing in ex-Bourbon casks for nearly 4 years and then is split into two finishing casks, ex Imperial stout and ex aged golden Jamaican rum. The two triple-distilled malt Irish whiskeys are then recombined after at least 3 months apart, and bottled. The stout element is inspired by Spanish General, Juan del Aguila’s, time spent in Cork, renowned the world over for stout production for hundreds of years, while rum, being the preferred drink of seafarers of old, lends sweet toffee to the dark chocolate of the stout.

Red Earl Blended Irish Whiskey is a combination of ex-bourbon-barrelled grain Irish whiskey and ex-sherry triple distilled malt, matured for 45 months and then merged to spend a further minimum period of 4 months in ex-Rioja casks. The company chose Rioja for its spicy fruits, and as a mark of respect to the resting place of the eponymous Red Earl, Hugh O’Donnell, near to the Rioja region of Spain.

Speaking of the win at the DB Awards, co-founder Ernest Cantillon says:

“Spanish Earl, the Master Medal winner, will be released in China this Summer, along with Great Earl. Our Red Earl has been in China for the past two years and sells very well both online and in shops and bars. Cork is twinned with Shanghai and we have spent the past 4 years building up relationships in China. The Chinese market is a challenging one but with big potential rewards, so we always felt it was worth the work. While our other whiskeys have done very well in similar competitions all over the world, this is our first time winning the very top prize in such a big competition. It is the perfect launchpad for our latest whiskey expression to be released into the Chinese market on top of building on the reputation of Red Earl amongst our existing customers there.”

​​Kinsale Spirit Co will have space to hang their medals soon with their new distillery build beginning in Kinsale this year.