Award winning soul singer Curtis Stigers is set to play an exclusive two night set at Seachurch in Ballycotton this summer. The “You’re All That Matters To Me” singer will perform for two nights in the breathtaking East Cork venue on the 13th and 14th of July.

Having burst into the recording scene in 1991 taking the charts by storm with his eponymous debut album having sold 1.5 million copies globally, the album included a string of his hit singles “I Wonder Why”, “Never Saw A Miracle”, and “You’re All That Matters To Me”. His commitment to artistic growth has become unparalleled in modern music, while also redefining the constitution of contemporary jazz singing.

Stigers has appeared on multiple international TV shows including The Tonight Show, The Late Show with David Letterman, and The Today Show, to name a few. Originally from Boise in Idaho, the award winning singer has opened shows for the likes of Elton John, Prince, Eric Clapton, and Rod Stewart.

As a singer, songwriter, saxophonist and guitarist, Stigers has played in front of presidents and princes. He is widely known for co-writing and singing the theme song to the TV series Sons of Anarchy, for which he was also nominated for an Emmy Award.

Curtis will play a seamless combination of old and new songs. His new album, ‘This Life’, is a celebration of three decades of musical exploration, evolution, and growth. He has been regarded by the New York Times to be an “Inspired marriage of visceral clout and intellectual savvy”, while the Wall Street Journal have said that “When Curtis Stigers came on stage on Wednesday night, it felt as if someone had upped the wattage in the bulbs”.

A limited number of tickets are available to purchase online via the Seachurch website at www.seachurch.ie, for €42.50. The doors for the live performance will open at 8pm for the 8:30pm show, on the 13th and 14th of July. 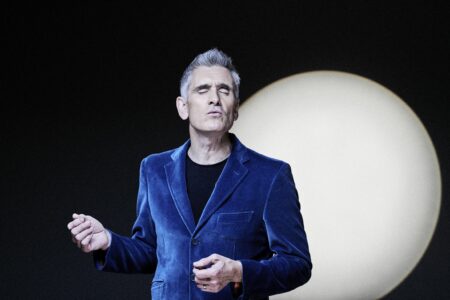 What is Sea Church?

Sea Church is the former St Colman’s Church of Ireland, built in 1835 for £330, raised by subscription. The church suffered over the years due to a dwindling local Church of Ireland population, and gradually the church fell into disuse and was finally closed. In 2018, Ballycotton-born Pearse Flynn set out to realise a dream of his own when he purchased the church from American vendors. A multi-million euro revamp began to take this diamond in the rough from decline and into restoration. Special care was taken in the church’s renovation, and a considerable amount of time, energy, and passion have been dedicated to a two-year restoration project.

Sea Church is now a casual dining restaurant and event space, situated just outside the seaside village of Ballycotton in beautiful East Cork. Boasting a dramatic coastal location, Sea Church plays host to Ireland’s musical heavyweights as well as emerging artists in its magical, restored church while inviting patrons to meet, eat, drink and relax in its ocean-inspired renovated schoolhouse. With breath-taking surroundings and a wealth of rugged scenery at its doorstep, Sea Church is available for private hire, ceremonies, special events, exhibitions and functions.