Volvo Cork Week promises a full week of nautical action both on and offshore with a military ship and aircraft display, Family Day, Classic Yacht Race, and World Class Racing. 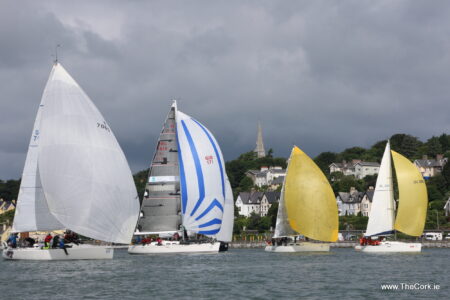 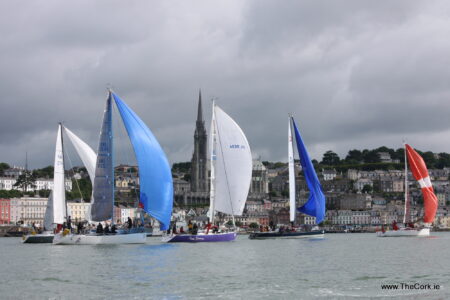 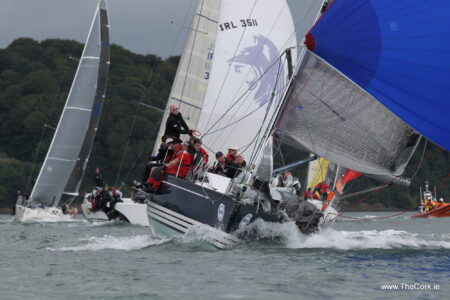 Cork harbour will make waves in the week ahead with nautical spectacles galore planned for this year’s Volvo Cork Week, which returns after a four year hiatus. There will be a family day this Sunday, a military ship and aircraft display from Haulbowline Monday morning, a chance to see Olympic sailors in action, a Ladies Day lunch, and of course the main event – racing – with three championship events along with a Classic Yacht Race. Crosshaven village and Cork harbour will be buzzing with good vibes and good tides promised.

First up is the Family Day this Sunday 10th July from 12-5pm with hundreds of families expected to descend on Crosshaven for the day. The Royal Cork Yacht Club is putting a focus on sustainability this year with a new coastal market at the yacht club, coastal walks, boat trips from Hugh Coveney Pier on the Cailin Or, competitions and games. A highlight will be a family workshop with marine scientist, best-selling author and Volvo Car Ireland Brand Ambassador Finn van der Aar at 1pm. During her workshop, children will have the chance to learn about how to care for the sea and coastal areas around them. Volvo Cork Week is also running a sustainability-themed colouring competition with a prize of a miniature children’s electric Volvo car up for grabs, along with other prizes on the day! Red FM’s Colm O’Sullivan will be broadcasting his afternoon show live from the Yacht Club from 2-6pm.

What better way to start the week than to see a military ship and aircraft display, which takes place from Haulbowline on Monday 11th July at 10am. The stunning spectacle, which is best viewed from Cobh, will kick off the Beaufort Cup for international uniformed service personnel. Sailors will race around the Fastnet Rock and back to Cork, an event which is always a highlight of Volvo Cork Week.

You’ll also have the chance to see young Irish sailing Olympic hopefuls in action during the week with four sailors from Team Ireland taking part in races.

A number of championship events take place from Tuesday to Friday, including the 1720 European Championships, which will include over 40 1720 boats that were designed in Cork, the Irish Cruiser Racing Association (ICRA) National Championships, and the Dragons South Coast Championships, with an outstanding line of up of sailors from around the world.

If you want to catch a glance of the boats in action, the best viewing points include Camden and the Church Bay in Crosshaven, the new Haulbowline Island Amenity Park, Ringaskddy as well as the promenade in Cobh.

A new addition for Volvo Cork Week 2022 is a dedicated Classic Yacht Regatta with classic yachts sailing into Cork to partake in three days of racing in and outside Cork Harbour. Keep an eye out for the famous 37-foot classic yacht Persephone, the 1919 classic Erin, and the 1957 luxury yacht Shamrock, which will provide a fantastic viewing spectacle for shoreline onlookers. Classic French boats will also arrive as part of the Bastille Day celebrations.