The Gate Cinema to host a panorama of international cinema, new Irish film, short film competitions, awards and much more. 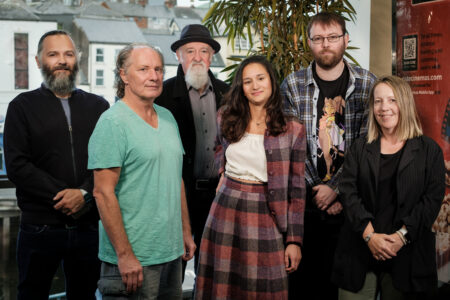 In 2021, IndieCork achieved BAFTA qualifying status, meaning that short films from the UK that have been selected at the festival are eligible for the BAFTA short film award.

In addition, IndieCork has announced that Irish web company Blacknight is back as the headline sponsor of the festival for the seventh year.

Mick Hannigan, Festival Co-Director said: “We established this festival as a platform for nurturing new talent and we feel we’ve achieved this goal. This year we’ve some very special screenings and events to mark this significant milestone. We’re grateful to all our supporters and to the filmmakers for their contribution to the success of IndieCork over the past ten years. We’re also extremely appreciative of the long term support of Blacknight in particular, which has enabled the festival to nurture independent filmmaking.

Festival Co-Director Úna Feely also commented: “We’re really excited about IndieCork’s 10th birthday. IndieCork is also a meeting place for filmmakers where they can network, attend workshops and connect with audiences. Our particular focus on independent filmmaking means we have discoveries from emerging directors, and also we’ll have our biggest guest list at the festival so far. There are many people to thank this year and we must mention our venue partner, The Gate Cinema, who has believed in the festival since its inception”.

IndieCork is supported once again by headline sponsor Blacknight Solutions, Ireland’s largest web host and domain registrar. Blacknight CEO Michele Neylon says the company is delighted to be involved: “I’ve been a massive cinema fan my whole life, so it’s a passion project of mine for Blacknight to support independent film in Ireland via IndieCork. We have so many brilliant filmmakers here. We are honoured to support this festival’s fantastic tradition of showcasing unique Irish voices and bringing independent international film to Ireland”.

Festival Chairperson Dr. Eileen Hogan said: “I am particularly proud to represent IndieCork in this its 10th year. We’ve come a long way, and we thank our membership in particular for their loyal support. As Ireland’s only arts festival with a co-operative structure, they symbolise what is important about IndieCork – love of film and music and sense of community. This year’s programme will be a celebration of everything that is great about contemporary filmmaking, both locally and internationally.”

In addition to screenings at The Gate Cinema, IndieCork will continue its hybrid format, with an online festival offering extending over two weeks, from October 2nd to 16th.

Film and music programme details will be announced in early September.

The Gate Cinema at: www.gatecinemas.com

Full information on the festival from www.indiecork.com