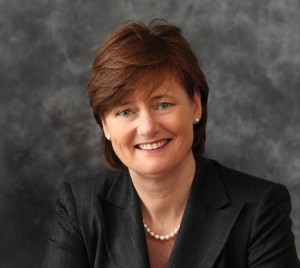 Marking the European Day of Languages today (Wednesday), Fine Gael Senator for Cork South Central, Deirdre Clune, is joining the Expert Group on Future Skills Needs (EGFSN) in calling on individuals to focus on boosting their foreign language skills to take advantage of the multiple job opportunities for multilingual graduates at home and abroad.

“I want to support the development of a ‘Foreign Language Education Policy’ across all levels of education and I recommend that we adopt the European Framework of Reference which covers six levels from basic to proficient assessment levels.

“Being fluent in a language is extremely beneficial in education and when searching for employment. At the moment, Ireland is lagging behind in this area and we are at a serious competitive disadvantage globally.

“It is essential that languages are introduced into a child’s education at a young age when their mind can absorb the information more easily than later on in schooling.

“The methods of how languages are taught in schools should focus on practicality – for instance, it is my view that spoken and written assessment in language should be weighted equally as both are crucial if a student is to become proficient.

“Erasmus placements are an invaluable tool to nurture a student’s interest and standard of a language while in college. This gives the student the opportunity to immerse his or herself in the language and culture of their area of study. A term of studying abroad in a non-English speaking country is a great addition to a young person’s CV.

“The study of European languages is of critical importance but other languages need to also be considered. The introduction of Mandarin as an option at second level must be tabled in the future. It would be foolish to ignore the growing need in the business world to communicate with the Asian markets.

“The Department of Education should recognise the opportunities that Erasmus placements provide and set a yearly target for students to complete the programme. I intend to seek answers from the Minister for Education on whether the teaching of languages, including Mandarin is on the table for reform in the future.”