Cllr Gosch has asked the council to carry out the proposed improvement works in the area to help prevent a recurrence of the flooding problems recently experienced as a matter of urgency.

“Cork City Council needs to be far more active in eliminating the factors that contributed to the appalling flooding in the area and I am demanding that they would, in conjunction with the OPW, give it their urgent attention and there is little evidence of this at present and several months down the road,” she said.

Cllr Gosch is also seeking urgent action from the council on the matter of insurance for residents who were affected by the floods.

“Many residents are facing major problems in getting house insurance and many of those who have seen their personal belongings destroyed and their savings wiped out face the possibility of financial ruin,” she said.

According to Cllr Gosch the Insurance Federation of Ireland and Cork City Council have a responsibility to share information in dealing with the insurance issue but are not doing so at present.

“I was shocked recently to learn that the council has not approached the Insurance Federation to inform them of what they are doing and intend to do to eliminate the flooding problem in the area.

“I was even more shocked to learn that they do not consider it their responsibility to approach the Insurance Federation to tell them what they are doing in the area,” she said.

Cllr Gosch is now calling on Cork City Council to take a proactive approach and inform the Insurance Federation of measures being taken to alleviate the threat of flooding in the future.

“I firmly believe that the Insurance Federation should encourage its members to take a more flexible approach to the residents regarding ongoing insurance issues if they are made aware of what the City Council is doing and works it intends carrying out going forward to remedy the problem.

“I am demanding that Cork City Council would immediately treat this as a matter of utmost urgency, something they have failed to do to date,” she concluded. 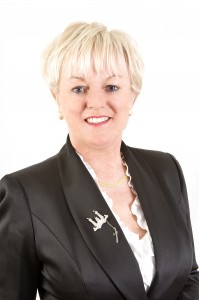