Bandon’s most famous son may soon be jetting out of Hollywood Boulevard to
take a stroll up his very own walkway to celebrate Cork Rebel Week.

The proposal was made by the Cork Rebel Week Bandon Host Town Committee as
part of the Cork flagship Gathering event, which will run from October
14-20th.

In communication with the Bandon Host Town Committee in recent weeks the
celebrity talk show host expressed his delight at the proposal and said he
would hope to return home for the commemorative event at a date between
October 16th and 20th.

The tranquil walkway, which runs alongside the famous River Bandon in
Norton’s hometown, is in the process of being transformed into a major
tourism attraction.

Proposed works over the coming months at the park will include the creation
of a new skate park, which will be a welcome addition to the newly
developed multi use games area and outdoor exercise area.

Bandon Host Town Committee has been liaising with Graham Norton for months
as it draws up an exciting line up of events ahead of Cork Rebel Week.

Bandon is one of nine Cork towns which are set to host marching bands from
all over the globe during Cork Rebel Week and has been tasked with drawing
up its own diverse programme of events to entertain their visitors.

The committee had proposed creating a statue of Mr Norton, however the talk
show host expressed his preference for the naming of the walkway, which he
believed to be a more fitting tribute.

A spokesperson for the Bandon Host Town Committee said: “We are absolutely
thrilled this project has been confirmed. Bandon are truly proud of Graham
Norton and his achievements to date. Over the past number of years Graham
has been awarded the highest accolades by his peers and his industry; our
community is very excited to welcome and honour Graham in his home town.”

Padraic O’Kane, organiser of Cork Rebel Week said: “We are delighted that
Bandon Town Council has agreed to commemorate Graham Norton in time for
Cork Rebel Week. It is a fitting tribute to a man who has put Bandon on the
map and will place the picturesque town and indeed Cork under the
international spotlight. We would like to thank Bandon Host Town Committee
for their commitment and hard work in bringing this plan forward and we
greatly look forward to their programme of events in October.”

Also among the diverse events scheduled for Rebel Week are a commemoration
of the birth of Michael Collins on October 16; an International Cork Day; a
Cork Global Economic Forum and a unique and novel ‘Cork Passport’ scheme
where those wishing to get their hands on this coveted document must be
willing to prove their Cork credentials to the world. 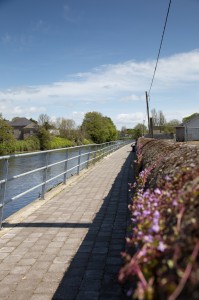