The candidates were chosen by Fianna Fáil members at a convention held
in the Rochestown Park Hotel last night.

Cllr Shields has been a member of Cork City Council since 2009, while
Mr Dennehy is a former city Cllr.

Cllr Shields said she has met many disillusioned people on the
doorstep in recent months: “People are very disgruntled with their
treatment from the Government. They feel abandoned, especially with
the mean and dangerous cuts in the budget. The cuts to the telephone
allowance, the bereavement grant as well as the cull of medical cards
has left a lot of people hurting.

“I will continue to work hard and represent the people of my ward and
I look forward to meeting with the people of Bishopstown, Wilton and
their surrounds in the coming months.”

Mr Dennehy is a well-known community activist and is heavily involved
in local and city wide voluntary activities. Mr Dennehy hopes to
continue to enhance and support services for both elderly and youth in
the South West Ward. Mr Dennehy said that he would be pushing Cork
City Council to tackle what he described as “the disgraceful blight of
boarded up local authority houses by allocating these dwellings to
much needed families”.

“Another big issue is the condition of road surfaces in Cork, which
are in dire need of investment. Cork City Council need to prioritise
funding so that the terrible state of our roads is addressed.” 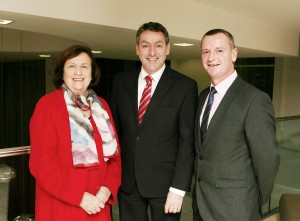