14th November 2013, Thursday
By Bryan T. Smyth
news@TheCork.ie
€1.2 million is needed to restore the former House of George Boole in Cork City.Boole was the first professor of Mathematics at UCC, which in 1850s was known as “Queens College”

Boole is famous for inventing “Boolean Algebra”, the form of mathematics which led to the development of computers.

Next year UCC will mark the 200th anniversary of Boole’s birth, but his former house at No. 5, Grenville Place, near the Mercy Hospital, has fallen into disrepair.

It’s now hoped that a multinational IT company with a presence in Cork might be interested in sponsoring renovation works, and a working group from UCC and the City Council are examining what can be done. 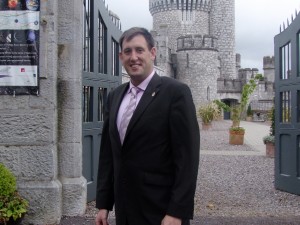 Historian and Councillor Kieran McCarthy says the house would make a good science museum, he spoke with TheCork.ie at Monday nights Council meeting