The Everyman Theatre on MacCurtain Street, Cork, has announced the
appointment of Julie Kelleher as its incoming Artistic Director. Julie
has a successful career in theatre as a director, performer, producer
and administrator.

Everyman Chairman, Michael White, welcomed the appointment: “The
Everyman is delighted to welcome Julie Kelleher as its new Artistic
Director. Julie’s energy, enthusiasm, and ability, will add to the
Everyman’s reputation as the leading theatre venue in the south.”

Speaking of her appointment Julie said: “The Everyman is a truly
special theatre and I’m thrilled to have the opportunity to continue
its great traditions and to steer it through future adventures. I
stand on the shoulders of my predecessors, Michael Barker-Caven in
particular, and I look forward to building upon his excellent work. It
is my intention to present the kind of high-quality and diverse
programme that theatregoers have come to expect from The Everyman,
from contemporary and classical drama, to light entertainment and live
music.”

Julie is a graduate of UCC and holds a BA in Drama & Theatre Studies
and English and an MA in Drama & Theatre Studies. An actor, freelance
theatre producer and singer, she is a member of the steering committee
for the Theatre Development Centre at Triskel. She has also been a
member of the BrokenCrow Creative Ensemble since 2011. In 2012 she
made her directorial debut for BrokenCrow with Ronan FitzGibbon’s
“Mantle”. Shortly afterward she produced “18-35” for Conflicted
Theatre and subsequently joined the company. In 2013 she co-created,
and co-produced, the company’s Cork Midsummer Festival show “The
Scarlet Letter”.

As a performer she has worked with Corcadorca, Meridian, Playgroup
and, most recently, the lead role of Esther Ryan in Conflicted’s “The
Scarlet Letter.”

The Everyman, as one of Ireland’s leading presenting and producing
theatres, presents work by companies such as Druid, The Abbey, London
Classic Theatre, Corn Exchange, Landmark Productions and Ouroboros as
well as providing an important platform for local and emerging
theatrical talent.

Forthcoming productions at The Everyman include the West End
production of Sebastian Faulks’s “Birdsong” and “Der Vampyr”,
presented by The Everyman and Cork Operatic Society. 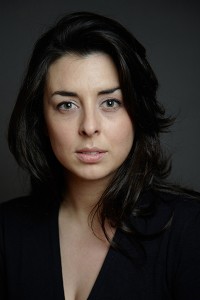