Women should be more involved in Science, Technology, Engineering and Maths – Minister

According to the Higher Education Authority, the number of females
taking up Science, Technology, Engineering and Maths (STEM) subjects
and third level courses has declined significantly during the last
decade. In a bid to curb this decline, a new initiative called I Wish
invited more than 1,000 female students in Cork to events across the
region highlighting the exciting and rewarding careers in STEM.

The event, which was opened by the Minister for Education and Skills,
Jan O’Sullivan TD, was attended by leading STEM female role models
from global organisations such as Google, Twitter, CoderDojo, Pfizer
and PepsiCo as well as indigenous leaders across the business, reseach
and academic fields including UCC, CIT and Science Foundation Ireland.
The event was moderated by Cork-born medic and Channel 4 TV host,
Pixie McKenna.

Speaking at the I Wish event, Minister O’Sullivan said: “Out of almost
118,000 people working in STEM in Ireland only a quarter are women.
For many reasons, it is essential that all stakeholders including
Government, educators and enterprise, aim to ensure that STEM
education in Ireland fairly represented. I would like to congratulate
all of those involved in the I Wish events that took place across the
Cork region today; it is so important to stimulate curiosity and
educate our students from the earliest years as to the possibilities
of a career in STEM.”

The brainchild of a number of female business leaders in Cork, “I
Wish” has been spearheaded by Gillian Keating, President of Cork
Chamber, Caroline O’Driscoll, it@cork Vice Chair and Ruth Buckley,
Head of IT at Cork City Council, and supported by UCC, CIT and Cork
County Council teams.

“There is a huge variety of exciting careers and opportunities for
women in the STEM sector. I Wish is about being proactive, rather than
reactive, to the STEM skills shortage. We are giving young girls the
choice, and the chance, to make changes that could impact their future
careers,” said Gillian Keating, Cork Chamber President.

“Today we had some of the most remarkable female role models from
across the STEM sector in Cork talking, demonstrating and interacting
with students, showing them how they can have very fulfilling and
interesting careers with STEM choices,” she added.

Students across Cork attended the I Wish events, Fota Wildlife Park
hosted the East Cork hub, SWS Group hosted a West Cork hub in
Clonakilty, the CIT hub facilitated the City West region and Dairygold
hosted a North Cork hub. From food science and nutrition, to
technology and engineering, there was extensive information and talks
on careers for women in these fields.

“Irish companies collectively will have an estimated 44,500 job
openings for people with high-level information and communications
technology (ICT) skills over the next six years. Industry will benefit
enormously if more students take up careers in the STEM sector,” says
Caroline O’Driscoll, Vice Chair of it@cork.

“The I Wish programme is about collaboration across education,
industry and universities and colleges as well as business and support
organisations, to grow the number of women in STEM,” she added.

I Wish is a partnership initiative between Cork Chamber, it@cork, Cork
City Council and Cork County Council, UCC and CIT to inspire and
encourage young women to pursue careers in STEM. & BPPA International
Sport Photographer of the Year 2004, 2005 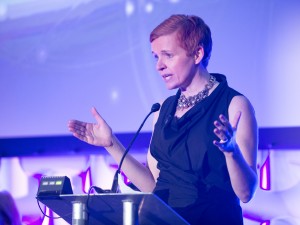 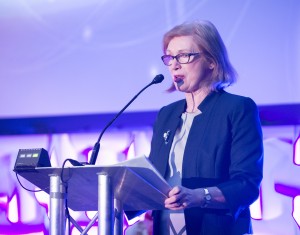