Scorching sunshine, national and international agricultural competitions, an incredible music and entertainment line up and intense management by Munster Agricultural Society contributed to making the 2015 Cork Summer Show a real record breaker. Attendance at the Cork Summer Show is expected to be over 60,000 people, which is an increase of almost 10% on last year’s turnout at the 100 acre site in Curraheen, Co. Cork. The show’s hours were extended on Sunday evening to accommodate the crowds enjoying the show, with gates closing at 9pm instead of 6pm as scheduled.

Supported by Cork County Council and sponsored by Ulster Bank, the 2015 Cork Summer Show attracted farmers, breeders and competitors from over 18 counties, with many travelling the length and breadth of the country to participate across cattle, equine, goat, poultry and dog competitions. Families, visitors and day trippers from all over Munster enjoyed the incredible farming heritage of the show, experiencing an impressive selection of artisan food, craft beer, music, crafts, magic shows and competitions from livestock to pet dogs, as well as home and gardening features and kids entertainment.

A big draw for the Cork Summer Show this year was the All Ireland Aberdeen Angus Championship which was won by Shankill Lady Melton, owned by Eustace and Deirdre Burke of Carrigaline, Co. Cork with the reserve champion awarded to Sligo breeder, Bernard Kerins for his animal, Kerins Kemi. 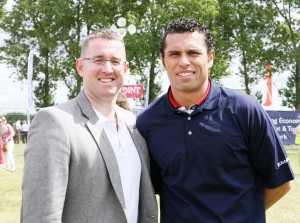 “The Cork Summer Show really embraces our agricultural heritage and displays the quality and high standards of our agri-sector to thousands of consumers. The show provides a wonderful opportunity to enjoy great food, music and entertainment alongside an incredible showcase of breeding and farming,” said Gerard Murphy, Chairman of the Munster Agricultural Society.

The Chairman paid tribute to the working committees of the Society and over 200 volunteers and employees, whose work effort ensures the success of the show each year, and thanked all those who support the show through their attendance.

The 100-acre site of the Munster Agricultural Showgrounds was transformed for the event, catering for over 60,000 guests, almost 2,000 animals competing over the 2 days. Commercial stands and traders at the show were delighted with the very high turnout this year, which was buoyed by the good weather in Cork over the weekend. 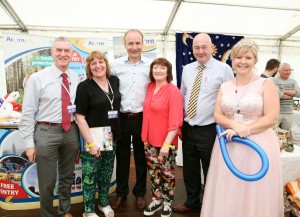 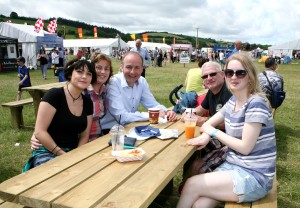