Sinn Féin’s Cllr Donnchadh Ó Laoghaire has said the number of vacant council units in Cork provides stark evidence of the scale of the housing crisis in both city and county. 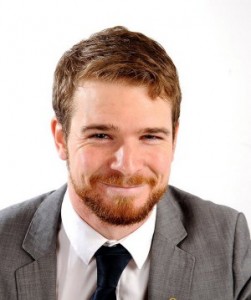 Cllr Ó Laoghaire was responding to reports that there are now 692 vacant council units in Cork while there are 15,176 people on housing waiting lists.

‘It is clear from these figures that the government is not serious about addressing the housing crisis. Fine Gael and the Labour Party are sitting on their hands. The number of vacant council houses, in both the county and city number, is very high. This illustrates the fact that the housing crisis isn’t situated Dublin alone. It is very severe in Cork. Cork local authorities badly need funding from central government in order to bring these units back into circulation

“Many families would gladly take these houses and apartments. This is Simon Community week. I know the report being launched this week by that organisation is likely to illustrate the enormous scale of homelessness crisis that we see in out streets.

“Joan Burton’s response to housing and homelessness crisis in the Dáil last week shows how complacent and out of touch this government is.

“In Cork, both city and county, there are 15,176 people on the housing lists.

“Only last week the government refused to provide funding to bring 52 units in Cork county back into use. This beggars belief. These units will likely remain idle during this winter and for some time afterwards.”