Corkman Eddie Hobbs is President of a Political Party called Renua, and he wants to debate new ways of Taxation 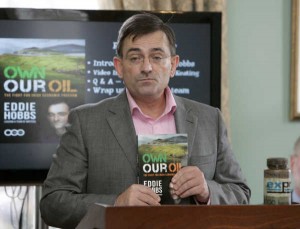 RENUA Ireland is one of the newer political parties. Party President, and Corkman, Eddie Hobbs has today welcomed the beginning of a mature debate on new ways of taxation.

Speaking at a RENUA Ireland symposium on Flat Taxation Mr Hobbs said fundamental taxation reform was an issue we could no longer avoid.

‘‘Today we are starting this debate with a mature discourse without it degenerating into ideological warfare.

Tax is like Scuba diving. We need to secure the maximum level of buoyancy’’.

Responding to the question as to whether a Flat Tax was socially progressive Dr Constantin Gurdgiev noted progressivity for him was about creating a society where the child who doesn’t come from the rugby school can progress.

Cormac Staunton from TASC, a high profile critic of the RENUA Ireland proposal, agreed there were ‘‘elements of progressivity, the abolition of reliefs is positive.’’

‘‘The idea that you can build a political party by pitching to the rich is ludicrous. It’s about liberating the coping class’’.

Responding to concerns about Flat Tax as a source of inequality Constantin Gurdgiev said; ‘‘the current system is not progressive … in fact it seals the status quo.’’

RENUA Ireland President Eddie Hobbs agreed that ‘‘Of course there is a risk in anything. But the biggest risk is in ignoring changing circumstances’’.