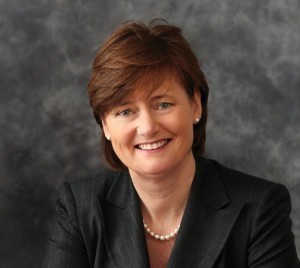 Fine Gael Ireland South MEP and Transport committee aviation spokesperson Deirdre Clune has backed calls from the EU Commission to end the practice whereby planes flying over EU airspace are flying 49 km longer than they would be if they took a direct route. This is due to an outdated system of air traffic control based on national borders that hasn’t changed since the 1960s.

The Ireland South MEP was speaking as the European Commission repeated their intent to create a more efficient air traffic control system in a policy called the Single European Skies. This is a policy which proposes one authority to manage air space in Europe, not 28, and that flights can take more direct routes over European airspace, saving them fuel costs, administration costs, reducing their carbon footprint and allowing them to introduce cheaper flights.

“Ryanair have been pushing for action on the Single European Skies policy for some time. In a briefing in the European Parliament recently, the airline claimed that nine air traffic control strike days led to the cancellation of over 3,000 flights in 2015. It is indicative of the extent to which we need to reform air traffic control management in Europe.

“Increased efficiency in our air traffic management system will have direct benefits for Ireland in the guise of increased routes efficacy and connectivity. Ireland depends heavily on air travel to draw tourism and investment. Reduced costs for airlines will see cheaper flights for travellers in a more competitive market.”

“Aviation contributes €1.2 billion to European GDP and accounts for every 1 in 40 of every European job. The call to implement the Single European Skies policy came as the European Commission launched their new Aviation Strategy on Monday last. During a presentation to MEPs, the Transport Commissioner, Violeta Bulc, described the savings that could be made from a new air traffic system as over 5 billion euro annually for European taxpayers.”