Cork County Council’s new book “Heritage Churches of County Cork” is being launched this morning at 10:30am at Vertigo, Floor 17, County Hall.

The publication was compiled by the local authority’s Heritage Unit. It’s the third in the ‘Heritage of County Cork’ series, a series which was shortlisted in 2015 for the Chambers Ireland Excellence in Local Government Awards.

The book will be officially launched by Mayor of the County Cllr John Paul O’ Shea and the Chief Executive Tim Lucey. Copies of the book will be for sale. 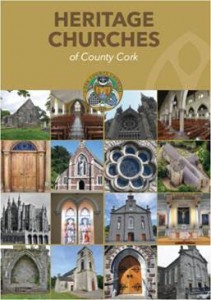 ‘Heritage Churches of County Cork’ Book launched in County Hall this morning added by TheCork.ie on 9th December, 2015
View all posts by TheCork.ie →