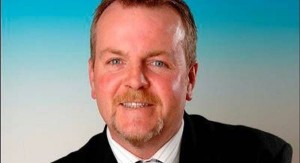 “Sinn Féin has today outline a comprehensively researched costed plan for universal health care in this state. The proposals, if implemented, would radically change the delivery of health services by bringing an end to the inequitable, two-tier system. In particular, I want to welcome the prioritisation of mental health care in the policy.

“Under these proposals, a Sinn Féin led government would increase the mental health budget in year one by €35 million.

“We advocating for the completion of the roll-out of Suicide Crisis Assessment Nurses and the recruitment of mental health nurses specifically to work with homelessness services.

“In terms of younger people, we would reverse the 2012 cuts to guidance counsellor resources in schools. The reversal of this cut would create 700 posts. This would significantly increase the one-on-one counselling time available.

“We need to increase its capacity and include those on low wages, who often find it very difficult to access such care. Last year there were 14,407 referrals to the service and a waiting list of 1,000 patients, with 165 waiting between three to six months, despite the importance of early intervention. Sinn Féin proposes to double the numbers being seen with a further investment of €3.8 million.

“The proposals published by Sinn Féin today are the polar opposite to what Fine Gael, Fianna Fáil and the Labour Party have done in the area of health. This plan is about delivering a world-class health care system, this includes mental health.

“Sinn Féin has now outline a clear path to universal health care in a credible way. I believe it will have the support of all who believe that access to decent health care in a fundamental right.”