Sinn Féin General Election candidate in Cork South Cental Cllr Donnchadh O’Laoghaire has described as “juvenile and desperate” comments made by Fianna Fáil leader, Micheál Martin, in which he labelled Sinn Féin as a mafioso organisation. 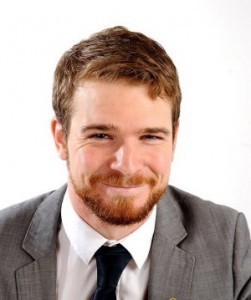 “On one level, Deputy Martin’s comments are laughable. His remarks, once again, highlight how Fianna Fáil is feeling the pressure as they struggle to find any relevance ahead of the General Election.

“Instead of engaging in a real debate, focused on the policies & issues impacting the people of Cork South Central, Micheál is intent on constantly regurgitating juvenile jibes.

“Deputy Martin probably believes that attacking Sinn Féin draws attention away from his own ineffective leadership of Fianna Fáil. They are stuck in mud and will struggle to better their performance of 2011. People haven’t forgotten how Fianna Fáil’s recklessness and arrogance destroyed the economy and devastated communities across this state. Micheál was at the cabinet table overseeing these destructive policies for fourteen years.”

“That’s a big reason he isn’t seen as a credible future Taoiseach. It’s a big problem for Fianna Fáil. These are desperation tactics from Micheál and I think people expect more from the leader of a major political party.”

“However, on a second level, his remarks are very disrespectful to the hundreds of thousands of people, across this island, who vote for Sinn Féin. Sinn Féin has a solid and growing democratic mandate. This may not be to Deputy Martin’s liking but it is the reality.

“Micheál Martin needs to get past this mudslinging, it does him or his party no favours, and engage in a political conversation that voters in this city will value and appreciate.”