The Ireland South MEP, who lives in Cork, sited an EU report, the WhiteRoads project, which shows that good road design, the presence of adequate maintenance programmes, the installation of reliable, homogenous traffic signage, road markings and appropriate lighting are among the key aspects that lead to low accident rates on sections of rural roads. 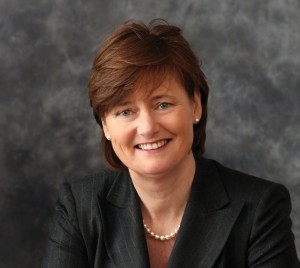 Damaged road markings, lighting, signage and uneven road surfaces due to flooding will pose a direct risk to road safety. While road deaths in 2015 were 12% lower than 2014 at 165 fatalities, this December was one of the worst months on record with 20 people dying on our roads.

“I recently met with the European Road safety organisation, ETSC, who are trying to secure a number of new initiatives at European level including seat belt reminders for the back seats, alcohol interlocks on the ignition and enhanced safety design for cars. They reiterated the importance of regular and constructive road maintenance for reducing accidents on our roads.

“Government have increased “clean up” funding to local authorities for the storm and flood damage by a further €10 million. This brings this fund to a total of €18 million. Extensive damage has been experienced on our road network. The extent of this damage is not yet fully known but government have committed to addressing the damage caused to our roads with extra funding. I would call on Local authorities to implement plans to begin works on damaged stretches of roads and correlate a complete assessment of the overall costs of flood damage on our roads.

“In the meantime, I would appeal to people to drive slowly on our rural roads, many of which are extensively damaged due to flooding. Garda were still issuing an average of 20,000 fixed charge notices for speeding on our roads every month in 2015, which indicated that some people are still not getting the message.

If you refuse to pay a fine, it can now be taken from your wages. Cork Senator says that is good, what do you think?
Previous Post
Cork Society for the Prevention of Cruelty to Animals secures state funding