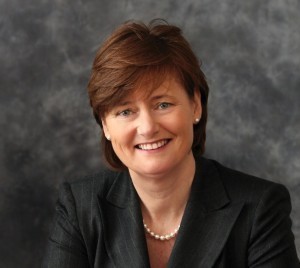 Ireland South MEP Deirdre Clune has been appointed as a negotiator for the European Parliament in the upcoming discussions with the European Commission on a new EU wide Aviation strategy for Europe.

Speaking after the appointment, Clune, a member of the EU Transport committee, described the position as an opportunity to influence and shape aviation policy in Europe over the next 20 years.

“There are many issues that need to be tackled including airport congestion, airport charges, how aviation is impacting on our environment, passengers rights, the protection of our regional airports and liberalisation of the markets so that we can ensure that airfares remain competitive and that we continue to offer a diverse range of air routes into and out of Europe.

“For my part, I will be fighting for the best outcome for Irish airports and Irish aviation. We depend heavily on the 4 airports in the Ireland South constituency, Cork, Shannon, Kerry and Waterford. It is imperative that EU rules don’t prohibit those airports from growing and encouraging tourism and investment into Ireland South.

“Aviation is critical for Ireland. The aviation sector contributes approximately €4.1 billion to Ireland’s GDP comprising €1.9bn directly from aviation, €1.3bn through the supply chain and €0.9bn from associated spending by people employed in the sector. 26,000 jobs are supported directly by aviation with a further 16,000 in the supply chain. Tourism depends on aviation and it accounts for a further €5.3bn in GDP and 205,000 jobs. Aviation firms pay over €400m in tax with a similar amount paid by firms in the supply chain.

“Smaller and regional airports can play a vital role, acting as a gateway to that region and as an engine for growth, foreign direct investment and tourism. I want to make sure that this EU aviation policy is not just all about Europe’s main airports. There has to be a focus on developing, funding and growing our regional and smaller airports.

“I look forward to the challenge of the coming months. It is certain to be a busy time but I welcome the opportunity to play such a key role in influencing EU aviation policy.”