Noreen Murphy is Cork Person of the Month 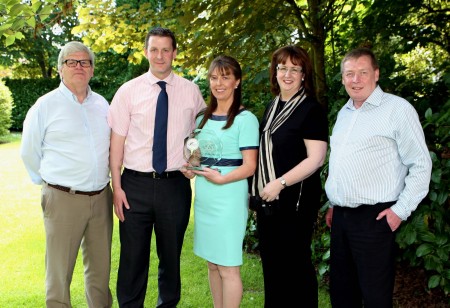 When Noreen Murphy lost her husband Donal to suicide in 2007, there was no service to help her in her locality. So Noreen established Lisheens House West Cork Suicide Prevention Service so that others would never again be in that position.

To mark her charity she has received the May Cork Person of the Month award and her name now also goes forward for possible selection as Person of the Year at a Gala Awards Lunch on Jan 20th next, at the Rochestown Park Hotel.

“I hope this award will further promote our services of free counselling to people at risk of suicide, self-harm and mental health illness and we have now established accredited counsellors in every town in West Cork” said Noreen Murphy.

“I named the charity Lisheens House after the house we built as our family home, set in the village of Kealkill outside Bantry. Donal loved his house but battled with his illness and I know if he could have seen beyond his pain he would not have done what he did to himself and to his family, so I wanted others to find peace and comfort in Lisheens House, the place he worked so hard to create” added Noreen.

It costs €100,000 annually to operate this enlarged operation now, so Noreen with the help of family and volunteers spend the whole year fundraising. She has opened a charity shop in Skibbereen and is always looking for new volunteers and new fundraising ideas.

She is currently giving talks on mental health at Cork city and county schools and wants young people involved in her charity. Noreen also recently secured a new building in Skibbereen to accommodate the extended range of services on offer. Full details can be found on her website www.lisheenshouse.ie.