Today, Sunday November 20th, marks World Day of Remembrance for Road Traffic Victims, an initiative endorsed by the United Nations to remember all those killed or injured on our roads.

Ireland South MEP and member of the European Transport Committee Deirdre Clune has called for immediate action on road deaths in Ireland which now stand at 165 people since the beginning of 2016, an increase of 32 people compared with the same time last year.

Speaking in her role as a member of the EU Transport Committee, Clune said Ireland needs action, not talk.

Distracted driving is a big issue

“The first thing we can do is address the use of mobile phones by drivers. I have called for a doubling of penalty points and a tougher approach to those caught using their phone whilst driving.

“Speeding is a primary factor in about one-third of fatal collisions and an aggravating factor in all collisions where it occurs. Many of our rural roads are not suitable for high speeds. We need a sustained campaign to tackle speeding, in particular on our rural roads. If that means bringing more speed vans on stream, so be it.

“At EU level, I am calling on the EU Commission to immediately implement its road safety review package, which has been continually delayed. This should include the introduction of Speed Assistance technology in all new cars produced in Europe. In 2014, a Norwegian study found Intelligent Speed Assistance (ISA) technology to be the ‘most effective’ in saving lives. – ISA uses a speed sign-recognition video camera and/or GPS-linked speed limit data to advise drivers of the current speed limit; the most advanced systems can automatically limit the speed of the vehicle as needed (though the driver is still able to override the system). Commission research estimates that ISA is expected to reduce collisions by 30% and deaths by 20% – yet it still has not been implemented!” 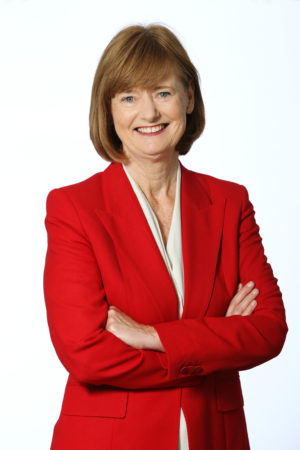 In the EU, 70 people die on the roads every single day. Moreover, each day 370 people get injured and suffer life-changing consequences. Those victims are a permanent reminder of the need to do more. Last year, 26, 100 people died in road accidents in the European Union (EU). While this represented a small increase compared with 2014, the trend over the last 20 years has been a fall in the number of road traffic victims in the EU. Compared with 1995, the number of road fatalities has been reduced by almost 38,000 persons, from nearly 64,000 to slightly over 26,000 in 2015.