Businesses in the Munster region have given their overwhelming support to the proposed M20 motorway, with 98% stating it will enhance economic linkages between Cork and Limerick.

Initial findings from a Red C Research survey of businesses conducted as part of an ongoing study into the proposed motorway also found that an equal amount believe that it will lead to increased road safety.

The poll was conducted in March and, overall, found that 98% of businesses are in favour of the construction of the M20 between the two cities.

The motorway would create a seamless Atlantic Corridor stretching from Cork to Limerick and up to Galway, acting as a further economic stimulus for the corridor. It will provide a strong complement to the capital, relieving congestion and improving competitiveness there also as a result.

The survey was conducted as part of the joint campaign by Limerick and Cork Chambers in support of the M20. The campaign centrepiece is a socio-economic study on the impact what the most important piece of road infrastructure yet to be developed in the regions.

Cork and Limerick Chambers jointly commissioned Indecon Economic Consultants and RedC Research to undertake the complementary studies into the benefits of the proposed 80km M20 Motorway.

The preliminary survey results were released at a workshop co-hosted by the Chambers and Indecon last week that was attended by more than 50 senior business representatives from across industry and public sector in Munster.

Among the other outputs from the survey are that 97% believe it will reduce traffic congestion between the two cities and reduce journey times.

Commenting on the feedback, James Ring, CEO of Limerick Chamber said:
“The support for the M20 among businesses is overwhelming, as this survey shows. In short, the M20 is essential to further stimulate economic growth in the two cities and benefit all areas in between and across their wider hinterlands. In addition to the economic benefits, businesses believe that the M20 would also enhance safety for users of the road, alleviate stress and improve productivity levels.” 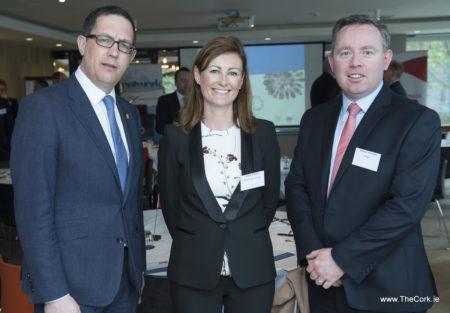 “The M20 is needed as a natural complement to Dublin and as a fulcrum point for economic development all the way from Cork to Galway. Investing in the route will save time, increase choice and opportunity for people and business throughout Munster with knock-on effects for the national economy”.

The results of the survey and workshop will be included in the final socio-economic study of the M20 from Indecon in May. The study will be jointly presented to Government by the Chambers.