Leaders of education, community, business and learning came together to celebrate the official launch of the UNESCO (United Nations Educational, Scientific and Cultural Organization) Third International Conferences on Learning Cities, which took place Friday morning on the terrace of Johnson Controls at One Albert Quay, Cork. This immense honour marks Cork as the first European city to host this prestigious global conference, which will welcome over 650 participants from over 95 UNESCO member countries to Cork City Hall from Monday 18th to Wednesday 20th September 2017.

This bi-annual international conference is the third conference of its kind in which the theme of Global goals, local actions: Towards lifelong learning for all in 2030 will be at the heart of discussions. Conference delegates will include mayors, city education executives and UNESCO experts, along with international organisations, non-government organisations and private-sector partners who are experts in the field of lifelong learning.

Securing the conference was a competitive process, and a huge honour for Ireland to become the first European city to host this global discussion platform for Lifelong Learning. Cork has a long-standing record in developing education within the wider community and the success of its annual Lifelong Learning Festival is one of the aspects which Cork, as the host city, hopes to share with visiting delegates. The festival, which encourages citizens to investigate, participate in and celebrate learning, will act as a source of inspiration for other cities both within Ireland and internationally. 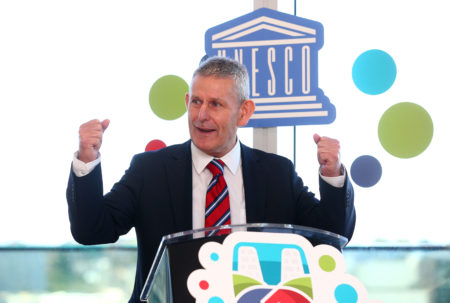 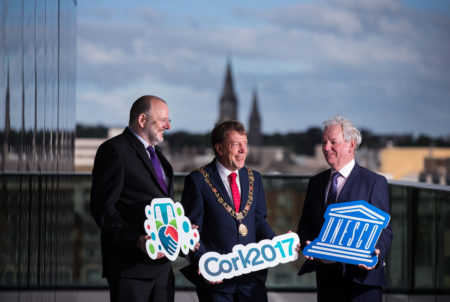 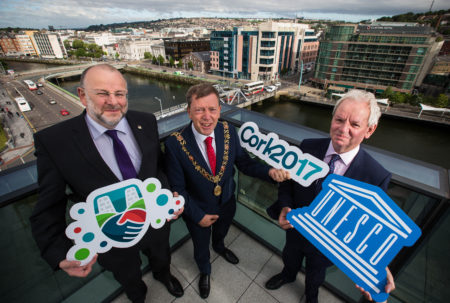 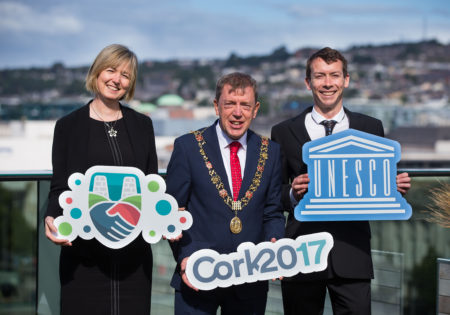 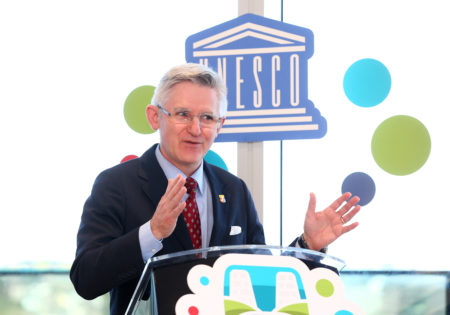 Speaking at the conference launch newly appointed Lord Mayor of Cork, Cllr. Tony Fitzgerald addressed the group passionately commenting, “It is my enormous pleasure to be with you all this morning to launch the UNESCO Third International Conference on Learning Cities and to announce Cork as the proud host for this year’s conference. This conference will mark a significant milestone in the history of our city as a place of learning. It is the opening of a window for our city, and all of our learning partners, to position ourselves at the
forefront of the global learning city movement, and to become known throughout the world for the true value we place on learning, and more importantly for our efforts to achieve lifelong learning for all.”

Lifelong learning includes not only the textbook definition of education but any and all courses and skills which individuals can develop throughout their lifetime form crafts, dance and arts to computer skills or hands-on apprenticeships. The aim of learning cities is to ensure that education and learning are accessible for all, regardless of age, formal or informal settings.

We now look to the future and the upcoming conference in Ireland which will focus on the 17 Sustainable Development Goals, laid out by the United Nations in 2015, which include targets to end poverty, combat climate change and to fight injustice and inequality to name but a few. These goals are the most ambitious attempt in history to make the world a better place, and fundamental to their success is the promotion of lifelong learning for the sustainable development of cities. Cork has demonstrated tremendous commitment to the learning city approach and its’ reputation as a learning city has been recognised internationally, being awarded a UNESCO Learning City Award in 2013.

Professor Patrick O’Shea, President of UCC spoke in relation to their continued effort to pioneer lifelong learning, “UCC is a university of ancient heritage and modern focus. We have been a pioneer of lifelong learning for over 100 years. My predecessor President Bertram Windle, set UCC on a course which placed our modern focus very much beyond the walls of academia. We have remained on that journey ever since, and I have made it clear from the beginning of my presidency that engagement with the wider community is essential for UCC.”

“We work to create opportunities for personal transformation for students from near and far, for our own staff and people in the wider community of every age, creed and race. We strive to educate our students to observe and question, to discern and reflect, to analyse and act, and to be independent thinkers and explorers, competent at navigating and bridging the fissures of faith, politics and perspective that fracture our world today” concluded Professor O’Shea.

An international festival of this magnitude would not be possible without the support of multi-stakeholder partners such as Cork City Council, Irish Government departments; Department of Education & Skills and the Department of Housing, Planning & Local Government, Fáilte Ireland, Meet in Ireland, Cork Education and Training Board, CIT and UCC. The topic of learning not only concerns the Department of Education, but is a fundamental principle across a wide range of departments such as urban planning, technology, family, employment and family.

Lord Mayor, Cllr.Tony Fitzgerald concluded his address to guests with his sights set on the future of lifelong learning and upcoming conference “From today we look forward, and from the 18th September we can begin to say -where Finbarr taught, let the world learn and let us learn from the world.“

UPSELLING: How to increase the number of people who vote, by promoting the idea of joining the electoral register during the provision of other services
Previous Post
SOCCER: Kevin O’Connor to sign for Preston North End