Between the 18th and 23rd of July the Munster Fleadh Cheoil will be held Cork City the first time ever.

Traditionally held in the county towns of Munster such as Listowel, Killarney, Nenagh and Dungarvan, this will be the Munster Fleadh’s first outing in an major urban setting. No major Comhaltas event had been held in a city until the All Ireland Fleadh in 2013, which was hosted in Derry. The move away from the intimacy of smaller venues took a considerable leap of faith on the part of the governing Body of Comhaltas. Nevertheless, the experiment was a resounding success and the Munster Council, in choosing Cork city to hold this year’s Munster Fleadh, have shown similar foresight and vision.
So what exactly is a Fleadh, and why should we be excited about its coming to Leeside?
Fleadhs have three main elements – the three Cs – Competition, Concerts and Craic.

At the very heart of each Fleadh is the competition Element. Between the 18th and 23rd of July next competitors of every age and from every corner of Munster will descend on Cork city to compete for a place in the All Ireland Fleadh which will be held in Ennis Co. Clare in the third week in August. Each competitor will be hoping, ultimately, to become All Ireland champion in their chosen instrument or discipline. At provincial level the competition is intense, as all of the competitors will already have beaten all comers in their class at County level. Every traditional instrument imaginable is represented including Voice together with set dancing and sean nós dancing and storytelling.

This year the Munster Fleadh in Cork will be very special for contestants as CIT has very kindly made the Cork School of Music available to host the majority of the competitions. In many previous locations competition venues were widely dispersed. In Cork the competition venues are far more accessible. The City Council has also opened its doors to the Fleadh making the grand Concert Hall available for the larger and some of the most popular competitions such as the Ceilí Band competition. The CETB has also stepped up to the plate and welcomed the Fleadh into the wonderful School of Commerce. 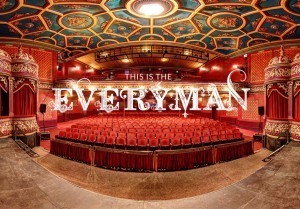 Those who love Irish dancing in all its forms will not be disappointed. Cork’s own Everyman Palace will host the dancing competitions over the weekend and the venue promises to be a spectacular backdrop to some spectacular footwork.

No Irish music festival would be complete without showcasing the very best of the top end practitioners of Irish music. Cork will host two extraordinary concerts. The first, Glór Chorcaí, will feature the legendary box player and Kanturk native, Jackie Daly and the incomparable Matt Cranitch on stage in the Curtis Theatre in Cork School of music. They will be joined by another singing legend , Jimmy Crowley and, just back from the US, Máirtín de Cógáin. The concert will take place on the 18th July.

On the 20th July the second concert, Masters of Munster, will take place in the same venue and will feature Buille, (Niall & Caoimhín Vallely, Brian Morrissey and Eoin Coughlan), Jack Talty, Richard Lucey, Nell Ní Chróinín, Brian O’Leary, Karl Nesbitt Joanne Quirke and Shane Creed. To top it all the concert will be compared by the great Sean Ó Sé. These concerts are priced at just €15 per ticket. In Cork parlance – that’s a steal!

Well, what can we say about the Craic and Cork. Cork probably epitomises Craic and everything that’s involved in creating it! An integral part of each Fleadh is the impromptu nature of the on-the-street and pub sessions. Located in what is essentially a village within a city, Oliver Plunkett Street will become the “Hub” of the Fleadh and create the ideal ‘Village’ atmosphere in which to propagate the craic. Full with great eating establishments and beautiful bars there could be no better place to centre the fun. One of the Munster Fleadh’s major sponsors, The Oliver Plunkett, is located on the street and will host a veritable smorgasbord of traditional talent throughout the week reaching a crescendo on the weekend. The adjacent Caroline Street will be home to some wonderful open air sessions with street entertainment for the younger ones.

A wonderful Street Entertainment Competition will be held on the Street on Friday 21st July where contestants will battle it out for cash prizes sponsored by Cork’s Ice Cream and Donut flagship – the Shack.

The Gig Rig which will be located on Grand Parade outside the City Library will host a constellation of Irish Traditional talent over the weekend. And if all that wasn’t enough there will be a Fleadh market, (not a flea Market, mind you) on Grand Parade during the weekend also.

Add to this, workshops, storytelling, The Singers Club, trad session trails, céilís, (and a Céilí Mór!) and you begin to get a picture of the hive of activity that Cork will become during the Munster Fleadh.

So dust off the bodhrán, retune the fiddle, restring the banjo and get ready for what promises to be a wonderful six days where Munster will celebrate its superb Irish traditional culture.

And the cost of all of this? Well for just €6:00 per day you can walk into any number of competition venues you choose and stay for as long as you like. Kids are just €4:00 for a day ticket wristband.
There aren’t many events where you can get an entire day’s entertainment for those prices.

Our cultural legacy is precious and Comhaltas Ceolteóirí Eireann is committed to preserving that legacy. By giving yourself a unique educational and enjoyable day out you will play your part in preserving something we all cherish – that which makes us uniquely Irish – Our Cultural Heritage.