The village of Liscarroll is to receive new water-mains in the coming months following confirmation by Irish Water to Local Independent Councillor John Paul O’Shea this week that they are to replace 3.7km of debilitating pipes around the village. 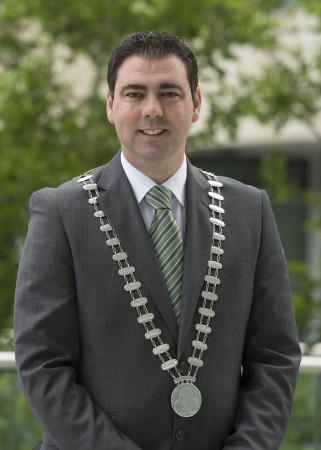 The historic North Cork village of Liscarroll has suffered consistent disruption to their water supply over many years with a large number of leaks often leaving houses and businesses in the area without water for a long period.

Welcoming the confirmation of funding and proposed works for Liscarroll, North Cork Independent Cllr. John Paul O’Shea who has raised this issue consistently with Irish Water in recent weeks said, “This will come as a great relief to the people of Liscarroll who have suffered considerably over the years with the frequent disruption to their water supply. The current infrastructure is clearly no longer fit for purpose. I’m delighted that we have now received approval from Irish Water to proceed with the replacement of these pipes, which is estimated to cost in the region of €450,000. Tendering is now complete and a contractor has been appointed this week”.

Cllr. O’ Shea added “The community of Liscarroll has consistently raised the importance of replacing these water mains with me and Cork County Council who have acknowledged that the current situation is dire and realistically, there was only one solution to the problem here which is the full replacement of the existing infrastructure. It is far more cost effective to move ahead and proceed with the full replacement of the 3.7km of water-mains in the area instead of continuing to incur such expenditure in repairing already outdated and debilitating pipes. It is vital now that Irish Water communicates with the people of Liscarroll over the coming weeks to ensure there is as little disruption as possible to residents, businesses and the community while these works are taking place”.

“I want to say a particular word of thanks to the local water curator, plumbing staff and the entire water services team in Cork County Council who have worked closely with me and the local community during the last few months where undoubtedly, work on repairing and patching this debilitating network was no easy task. The dedication to their roles was evident at all times and I’m sure they along with the community of Liscarroll are all looking forward to the new infrastructure being put in place in the very near future”.