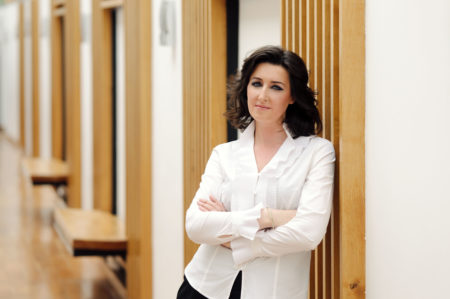 Amanda devised the show as an homage to the singer who celebrated her 100th birthday this year and who became known as ‘The Forces’ Sweetheart’ during World War II. The show features some of her best-known songs from her wartime experience to her wider repertoire from her radio show “Sincerely Yours” and musical theatre.

Amanda said, “It’s a trip down memory lane as we salute her life in story and song. And, of course, the audience get to sing along with such classics as White Cliffs of Dover, A Nightingale Sang in Berkeley Square, We’ll Meet Again and many more.”

Amanda Neri has performed for presidents, aristocracy and corporate leaders around the world and holds the record for performing before more world ambassadors than any other Irish classical artist. She has performed at many state ceremonies and high-profile commemoration events including the Lusitania 100 Commemorative Ceremony. A classically trained opera singer, Amanda has shared the stage with many leading soloists including Colm Wilkinson and Liam O’Connor (accordian world record holder).

Her performances have garnered admiration from presidents, diplomats, the Papal Nuncio to Ireland, Michael Flatley and Jeremy Irons.

The Cork Arts Theatre Summer season runs until the end of August with a different show each week. Lunchtime and supper theatre performances are on offer.

Lunchtime tickets are €10 and include soup and sandwich, and entry to the play. Supper theatre tickets are €20 each or €35 for two and include tapas, glass of wine or mineral, dessert and entry to the play. The lunchtime performances are Wednesday, Thursday and Friday. Supper Theatre performances are Friday and Saturday evenings.

Tickets can be booked by calling the Cork Arts Theatre box office on 021 450 5624 or purchased online at www.corkartstheatre.com