Cork is generally proud of Jack Lynch. The local chap who rose up the ranks of Fianna Fail to eventually become Taoiseach.
He is already remembered through the naming of the Jack Lynch Tunnel – a dual carriageway tunnel that passes under the River Lee East of the City. Now he is to be honoured again with a plaque. 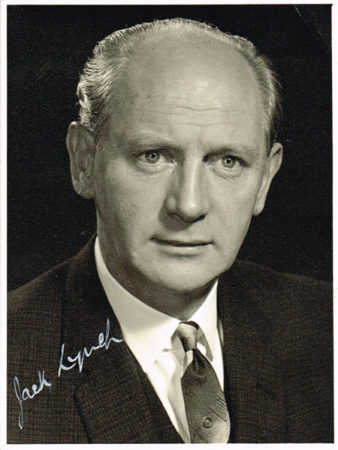 The plaque unveiling will celebrate the naming of an internal road within the North Monastery campus in honour of its famous past pupil – Jack Lynch Avenue. Prior to the unveiling ceremony, Bishop John Buckley, will celebrate a commemorative mass at the Cathedral of St Mary and Saint Anne.

The plaque unveiling is one of a number of events organised by the PPU to mark the Centenary, according to Mr Hill. A wreath laying ceremony at the grave of the former Taoiseach took place on September 15 last (his actual birth date).

The Lord Mayor acknowledged the work of the Past Pupils Union: “The events organised by President Hill for the Centenary Year are to be commended. As Lord Mayor and as a past pupil of the North Mon, I was delighted to be invited to partake and proud to be officiating at Sunday’s ceremonies.”

Following the plaque unveiling, the PPU has invited Dr Dermot Keogh (Emeritus Professor of History and Emeritus Jean Monnet Professor of European Integration Studies, University College Cork) to address those gathered. Professor Keogh is the author of “Jack Lynch – A Biography”, and will speak in relation to the challenges encountered by the former Taoiseach in his early years when he was a pupil of the North Monastery.