Cork East Fine Gael TD, and Minister of State at the Department of Justice, David Stanton has hailed the decision to include the M20 Limerick to Cork motorway in the 10 Year Capital Plan, giving the green light to this long awaited project. 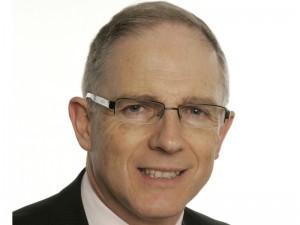 Minister Stanton said “…I have no doubt that commuters using the N20 will be pleased to hear that the M20 project can now proceed with funds no longer proving a barrier”.

“Last year the Minister for Transport, Tourism and Sport gave approval to Transport Infrastructure Ireland (TII) to re-activate the planning process for the M20 and confirmed that funding had been secured to bring the M20 through route selection and to An Bord Pleanála”.

“I understand that once planning permission is secured, the major costs will occur in land purchase and construction. Those costs are unlikely to arise in the current capital plan to 2021, however they will arise very soon thereafter. Therefore the motorway will be given priority in the 10 Year Capital plan”.

“We have been waiting for this motorway for a long time and it will be a really significant step forward for the economic development of the Munster region. The road will reduce the journey time from Cork to Limerick to 45 minutes which will make a major difference to commerce between the two counties and in surrounding areas”.

“Motorway projects like the M20 are an example of the vision and large scale investment needed to ensure that our economic recovery reaches every part of the country further encouraging enterprise and job creation”.