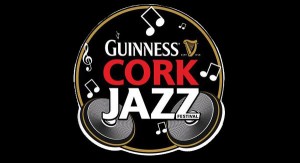 With the Guinness Cork Jazz Festival taking place this weekend HotelsCombined.com looked into hotel bookings and prices in Cork to see how they have been affected by the event.

Hotel prices have also increased week on week, up by 17% compared to last weekend and up by 16% compared to next weekend.

If you studied marketing then you will have heard of ‘seasonal pricing’. It is in evidence here. This weekend, festival goers will be paying an average of €164 per night for a hotel room compared to €140 last weekend and €142 next weekend. However, it must be noted that pricing adjustments work both ways, they can also favour consumers creating cheapermid-week deals.

With the hotel occupancy rate in Cork sitting at 91% for this weekend it’s set to be a busy few days for hoteliers. 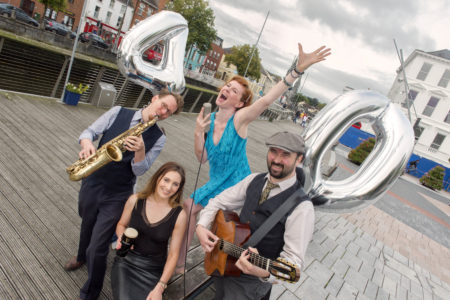 Pictured at the launch of the Guinness Cork Jazz Festival 2017 were (L-R) saxophonist Gary Baus, Guinness Sponsorship Manager, Jennifer Gleeson, guitarist Brendan Ó Ruaidh & vocalist Colette Forde. This year marks 40 years since the festival was founded–what began as a local gathering of musicians, has now evolved into one of the most high profile jazz events in Europe, and continues to attract both talent and music fans from across the globe to Cork City for the October Bank Holiday weekend. From 27th–30th October, Cork will once again transform into the jazz Capital of Europe, when more than 40,000 people from home and abroad will descend upon Cork.
Pic Michael Mac Sweeney/Provision