Over-C, the Irish Internet of Things (IoT) technology company, today opened their new headquarters in Cork City, Ireland, and announced two new significant partnerships in Europe worth an estimated €20 million over three years. The new partnerships are with KPN, the largest Dutch telecoms company, and Facilicom Group, the largest Dutch Facility Management company with contracts in the Netherlands and Belgium. 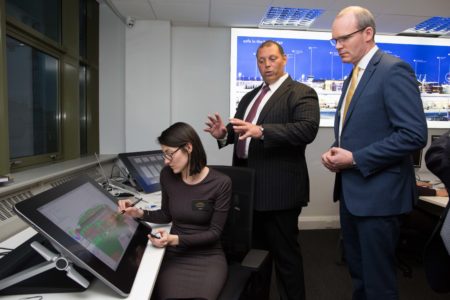 Over-C’s IoT technology is digitally transforming how companies manage their manual based processes by leveraging technology to solve problems and automate processes. The data generated is translated into powerful insights that optimise workforces and fundamentally change how enterprises do business. Over-C analyse the data and, for the first time, visualise the true cost of what is happening in real-time on the ground.

Speaking at the official opening of their new Cork headquarters, Over-C CEO and founder Michael Elliott said: “We spent the last two years developing our platform to enterprise grade, as specified by our partners who are reselling our solution to global enterprises. We have seen significant growth in the past 12 months, with our team growing from a team of six to 27. Today’s announcement is testament to the strength of our solution, and an indicator of our projected growth in the next two years. Today, we have offices in Cork, London and Amsterdam with further expansion into Germany in 2018.”

Speaking at the opening of the new Cork offices, An Tánaiste, and Minister for Foreign Affairs, Simon Coveney TD, said: “We have worked hard in recent years to create a dynamic support structure in Ireland for innovative companies such as Over-C. Over-C’s announcement shows not only the level of skill and talent present in this country, but also the huge opportunities for growth. This is clearly evident in Cork and the surrounding region, which is fast becoming known for its tech and security clusters. ”

Niall McEvoy, Manager, High Potential Start-Up ICT Accelerate Department, Enterprise Ireland commented: “Over-C is a prime example of how a start-up with a revolutionary idea and global ambition, and the right team and supports in place, can transform into a company that is scaling and growing at a sustainable level. We are pleased that Enterprise Ireland funding support has helped headquarter Over-C in Cork and look forward to the next two years, as the company scales and grows from here.”