Cllr Patrick Gerard Murphy from Bantry, West Cork has been installed as the new Mayor of County Cork for the usual annual period of June (2018) to Jun (2019) 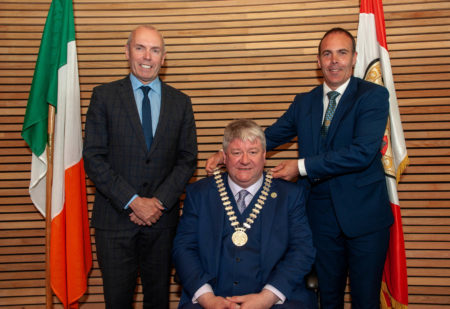 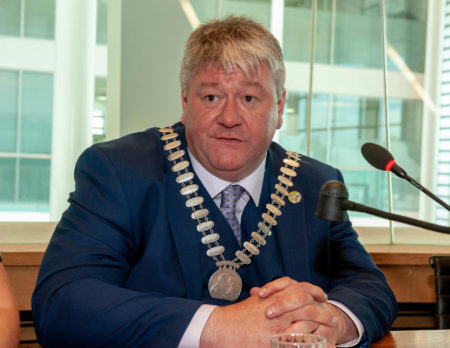 Patrick Gerard Murphy was born in the Beara peninsula and now resides in Ballylickey Bantry. With a degree in production engineering from the University of Limerick and a Graduate Diploma in Entrepreneurship, Mayor Murphy spent time with the Ford Motor Company in Wales before deciding to enter the Disability sector.

Mayor Murphy has worked with the Centre for Independent Living in Limerick and the National Learning Network in Bantry West Cork, who deliver QQI certified training programmes for People with Disabilities.

A Fianna Fail councillor with Cork County Council since 2008, Mayor Murphy has served as Chair of Western Committee, Chair of West Cork Municipal District and a member of the Council’s Strategic Planning Committees for housing, roads and transport, tourism and economic development and coastal management.

Mayor Murphy is involved with many community and voluntary groups while in Bantry including West Cork Rural Transport (now Cork Local Link), Cancer Connect and continues to Chair Cork Educational Training Board, a position held for the last 4 years.

“I am particularly passionate about developing and utilising our wonderful coastline, from Youghal to Dursey for tourism and economic activity. We have an amazing county and I want to ensure that a balanced approach is adopted from North to South, East to West, especially in rural and peripheral areas. Finally, I will drive the introduction of the Disability Federation of Ireland’s Make Way Day to highlight the everyday physical obstacles that people with disabilities face when trying to navigate our the streets of our towns and villages. I am most looking forward to this position and will endeavour to serve the people of Cork with commitment and dedication.” 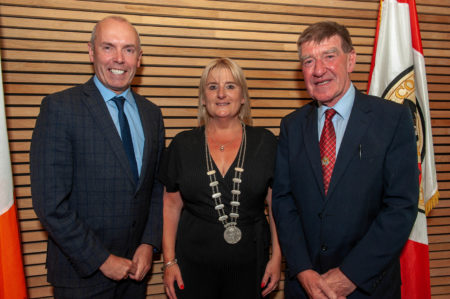