SPORT: Check out this replica of the Sam McGuire Cup

A very special version of the Sam Maguire

Everyone knows that most famous prize in Gaelic games, the Sam Maguire Cup, is awarded to the winners of the All-Ireland Senior Football Championship, but what do you know about the man himself, Mr Sam McGuire?

He was born in 1877 into a Church of Ireland farming family from Dunmanway and the town has become synonymous with the Sam Maguire. The cup itself is modelled on the Ardagh chalice.

This year to celebrate the 90th Anniversary of the presentation of the Sam Maguire Cup to the GAA, the Knit and Natter Group in Dunmanway Library created a full size replica of the famous cup. 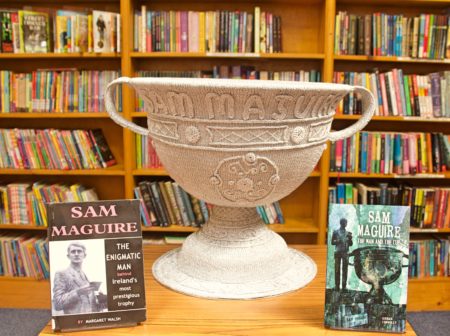 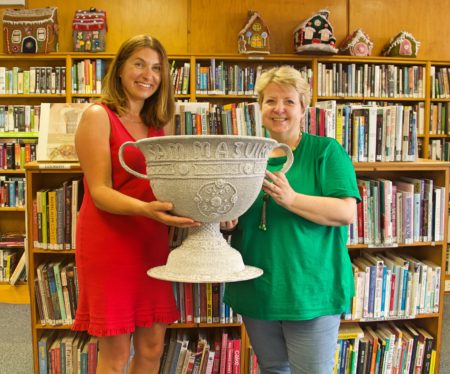 In March Áine O’Brien, Eileen Hurley and Mandy Ferguson travelled to the GAA Museum in Croke Park to take measurements and photos of the Cup. The shape was put together using a flowerpot, funnel and pineapple can, covered in paper mache and spray painted. After many attempts and lots of ripping the cup took shape and a masterpiece was created.

The ladies used a mixture of knitting, crochet and embroidery to create the detail on the cup. The cup is on display in the window of Dunmanway library for the months of July and August along with all 32 handmade county colour flags.

Cork County Council has recently funded a number of initiatives aimed to put the Dunmanway on the tourism map, including a new brochure Discover Dunmanway, a new website visitdunmanway.ie and a new Tourism Information Point in the centre.