Four Local Community groups have been nominated by Cork County Council to represent County Cork in the 2018 IPB Pride of Place awards, in association with Co-Operation Ireland.

Bweeng Community Hall and Sportsfield Committee have been nominated for the Population 300 to 1000 competition. Youghal Tidy Towns Committee will compete in the Population 5000 plus category. Cork County will be represented in the ‘Community Tourism Initiative’ by the Lusitania Monument/Old Head Signal Tower and West Cork Islands Community Council will compete in the ‘Islands and Coastal communities’ category.

Judging will take place over the course of 2 days, Tuesday 31st July and Wednesday 1st August 2018, in each of the locations for between 2 and 3 hours per location.

Representatives of the nominated groups will have the opportunity to show their pride in their place by way of oral presentations, exhibitions and demonstrations of their culture and activities together with a tour of their respective areas.

The Pride of Place competition has enjoyed tremendous success and continues to grow in prestige and popularity. The purpose of the competition is to acknowledge the great work carried out by communities all over Ireland. It is also an opportunity for Council’s to recognise and support the communities that are enriching society, culture and the environment. In addition, it is about rewarding these groups for the hugely important work they do for their communities. 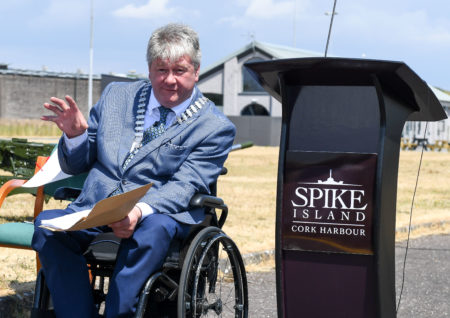 Mayor of the County of Cork, Cllr Patrick Gerard Murphy wished all the nominees the best of luck in their final preparations noting, “Judging day is a very special occasion and represents an ideal opportunity for the people of the communities involved to show pride in their respective areas by supporting organised events.”

Chief Executive of Cork County Council, Tim Lucey confirmed the continued support of the Council and went on to say, “We take immense pride in supporting our local communities and I would like to take this opportunity to wish everyone the very best of luck.”

Last year, Carrigtwohill were awarded top prize in their Category 4, Population Category of between 2000 – 5000. While Ballymacoda/Ladysbridge were runners up in their category, Population 30 – 1,000