Sinn Féin MEP Liadh Ní Riada has said she is looking forward to the fishing communities of Ireland and Munster being able to voice their concerns directly to the EU Fisheries Committee. 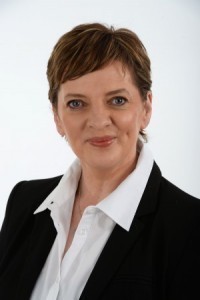 The Ireland South MEP was speaking ahead of an official Committee mission to Cork next week.

Ms Ní Riada, who sits on the Fisheries Committee in Europe, originally proposed the visit in order to illustrate the unique problems faced by Irish fishermen to EU officials.

“I am delighted that this mission is finally going ahead. It has been a long, hard campaign to get it but if we can show them the dire straits the Irish fishing industry is in and perhaps affect some of the decision making in Europe then it will have been worth it,” she said.

“It is hugely important that we get across to the European Parliament just how poorly served Irish fishermen have been by the Irish Government and by the EU and the best way to do that is to get them to meet face to face.

“Therefor a key part of this visit will be a European delegation to meet with local fishermen, local authorities, researchers, coastal communities, cooperatives, SMEs and other stakeholders.

“With reform of the Common Fisheries Policy now inevitable this is the best opportunity to propose and implement positive changes and the key people who must be consulted on those reforms are the people who live and work in fishing families and coastal communities.

“What needs to happen now is for the Eurocrats in Brussels to engage with ordinary Irish fishermen on the ground. Historically there has been a serious lack of engagement by Irish and European authorities and I want this mission to be a turning point in that relationship.

“This delegation will not just benefit Cork but all of Ireland and will involve meetings with a variety of stakeholders, representative of the entire industry.

“There are numerous issues that need to be raised with the EU Fisheries Committee, there are special considerations that need to be made for Ireland post-Brexit, there is a long, long legacy of government and EU mistreatment of Irish fishermen and I want this delegation to be the starting point for the reform of those relationships, of the CFP and of the way our coastal communities are treated.”