Cork East TD Seán Sherlock sought support for early childhood workers and educators across Cork this week in the Dáil as the Labour Party moved their motion to guarantee a fair start for every child. 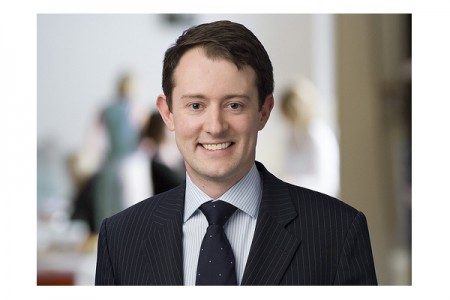 “The issue of qualifications is important,” said Deputy Sherlock.

“Staff in the sector are becoming more qualified, with 94% having level 5 qualifications or higher. The figure was 92% in 2016-17 and 88% in 2015-16. For level 6 qualifications, the figure is 65%. It was 63% last year and 56% in 2015-16. We are seeing a gradual rise in the level of educational attainment. Despite this, 57%, or 2,256 services, report having problems in finding suitably qualified staff to fill vacancies. That figure has increased by 10% since last year. Some of the figures I am quoting are taken directly from the report. The Minister has acknowledged that skilled and highly qualified staff are a vital component of childcare provision. What we need to see is a commitment from Government, or at least a greater degree of energy from Government, to address the issue of the retention rates within the sector. What we are clearly seeing from the evidence of campaigns like the Big Start campaign by SIPTU, for example, is that the rate of attrition from the sector is too high. There is no formal sectoral employment order. It is increasingly difficult to organise workers within the sector. It is quite challenging because of the disparate nature of the sector.

I trust I am not misquoting the Minister on the matter but she has acknowledged the potential impact of a sectoral employment order, something to which she has given words of support in the past. If it was put in a formal setting, then we could at least address the retention rates, recognise the qualifications of workers and prevent the high rate of attrition. People are going off to other sectors to become special needs assistants or teachers or even emigrating and working in the same sector abroad.

The Government should come to the table or at least be more proactive in recognising the need. There is no point in increasing the budget line, although it is necessary, if the rate of attrition of staff is increasing year on year. The early years sector profile report is showing us clear evidence of that. We cannot ask services to take on more additionality or children if the capability or capacity is not there because of a lack of staffing and that is a major issue.

“I wish to acknowledge the work of the Big Start campaign. Those of us across the political divide have given our support to the campaign. We can start that process with the sectoral employment order. That would address issues like pay, pensions and sick pay. It would build a strong coherent voice for the sector. Individual Deputies should not be coming into the House, at this late stage in 2019, when we do not even have a formal structured affordable childcare scheme up and running. There should be no need for the workers to have to continue to organise themselves in order that they can get a sectoral employment order. This should have been achieved a long time ago. Perhaps now is the time for Government to address this. Given the Minister’s commitment or support for the idea of the workers being organised, perhaps she could intervene to try to influence matters by being as proactive as she possibly can.”

Cork registered 4,133 .ie domains in 2018, up 26% year-on-year
Previous Post
Operation Freeflow needed for Cork to stop us being like Dublin