On your marks, get set, REGISTER! Both pro and budding runners, walkers and everyone in between were today encouraged to register their entry for the 2019 Irish Examiner Cork City Marathon, as the annual event was officially launched. Race organisers are encouraging individuals of all fitness levels and running ability to step-up to this fun sporting challenge and take their position on the starting line of the Full, Half, Relay or Youth Challenge on Sunday 2nd of the June.

With entries over the past two years exceeding previous record numbers, thanks in large part to the change from a Monday race to a Sunday Runday, this year’s entry figures are expected to reach new heights and sights are set on beating the target of 10,000 registrations. While the change in day has played a significant role, such substantial interest is also undoubtedly due to the variety of options available to the novice and experienced marathon participant. Those daunted by the prospect of stepping up to the challenge of the Full Marathon can choose the Half Marathon or share the journey with a group of family, friends or colleagues by registering for the Team Relay.

Proving that the beloved Cork event is #MoreThanAMarathon, young adults across Cork and beyond will also be invited to take part in the event through the Youth Challenge. This initiative, which is aimed at youths over the age of 16 and supported by Cork City Council, the Cork Education and Training Board (CETB), Cork Sports Partnership and the HSE, is not a race or competition, but rather an opportunity for the youngsters involved to embrace health and fitness in a fun, engaging way. 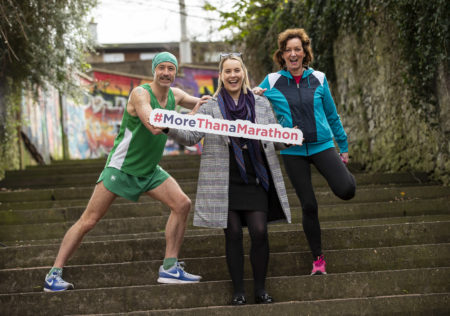 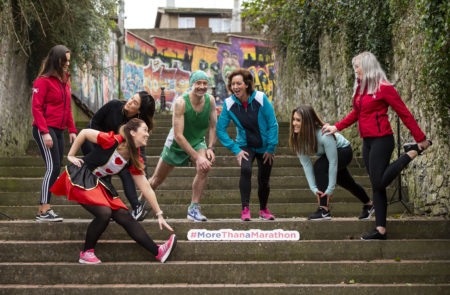 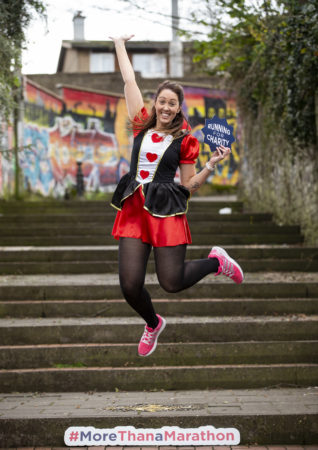 Speaking at the official launch, Valerie O’Sullivan, Director of Services at Cork City Council Director, commented, “It’s a great honour to be part of an event that is now intrinsically linked with Cork city and its traditions. This is the 13th year of the Irish Examiner Cork City Marathon – a sure sign that the event is flourishing and continues to exceed everyone’s expectations each year. The most important thing about this event is that it is most certainly ‘More than a Marathon’, which in my mind signifies the fact that it belongs to all. Yes, it provides a challenging platform for pro athletes and seasoned runners, but it also welcomes participants looking to ease themselves into such an event, providing varied options for all fitness levels.”

Valerie added, “Some register in the hopes of raising funds for a particular charity, while others aim to conquer the Marathon to create or mark a personal milestone. Whatever the reason for entering, it is a wonderful initiative that promotes fitness, personal growth, participation, team work, tourism and local business, so I would encourage anyone interested in being a part of this important event to register today!”

Although Race Day is a huge draw for participants from all over Cork, it also encourages interest from across the globe, with over 320 international athletes from countries such as the USA, Spain, France and the UK represented in the Marathon in 2018. The influx of visitors to the city not only adds to the excitement of the well-loved Leeside event, but it also has a direct impact on the local economy, with businesses based in the city and suburbs benefitting greatly from the hordes of supporters on hand to mark the race.

“Marathon Sunday is one of my favourite days of the year as I see the city come alive, both during the race itself and also in the restaurants and bars afterwards, as participants celebrate their fantastic achievement. It will be a fantastic day in the city, and a great way for participants to take in the iconic Cork sights and sounds as they take to the streets. We’re calling on everyone, from first timers to professional athletes, to lace up your trainers and look forward to seeing you at the start and finish line!”, urged the Lord Mayor of Cork, Cllr. Mick Finn.

Now in its 13th year, the Irish Examiner Cork City Marathon is an internationally recognised marathon welcoming participants from home and abroad, with certification from the International Association of Athletics Federations (IAAF). This marathon is a qualifying race for other marathons, such as the Boston City Marathon. The Irish Examiner Cork City Marathon is a City Council-promoted event in partnership with Athletics Ireland, Cork Business Houses Athletics Association (BHAA), An Garda Síochána, Cork Education & Training Board, Voluntary First Aid & Medical bodies such as St John Ambulance, Irish Red Cross, Order of Malta, Cork Fire Services and Civil Defence as well as local groups and communities.