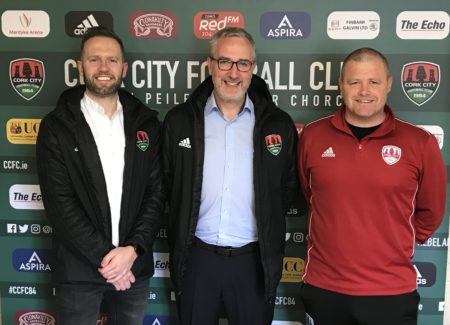 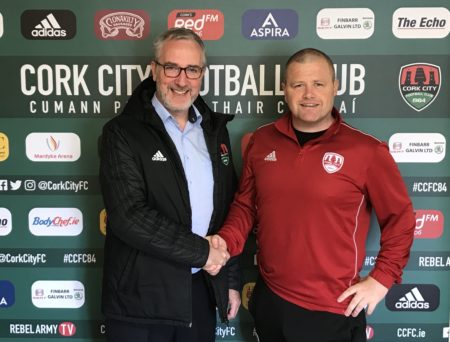 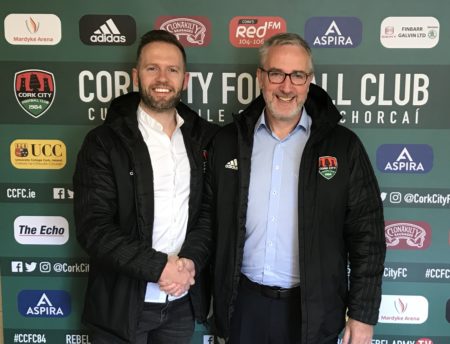 A former player for City in the mid-80’s, Frank brings a wealth of experience and knowledge to the club. A UEFA Pro-license holder, Kelleher more recently was the head of Cobh Rambler’s academy. From 2015 to 2018, he was the manager of the Cork City women’s team that won the FAI Senior Cup in 2017 after a historic 1-0 win over UCD Waves at the Aviva Stadium. He also worked with the Cork Youth Leagues for three years, supporting the transition of local Cork players into CCFC’s U17 and U19 academy teams.

Speaking on the appointment, Cork City chairman Declan Carey said “It’s great to have Frank back at CCFC and part of the management team. I’m sure he’ll fit in well with John Cotter and all the lads and he’s already very familiar with how the club operates and our expectations.”

John Cotter praised the addition of Frank. “I know Frank for a number of years and it’s brilliant to have him as part of the staff. He’ll start to be involved leading up to the game against Bohs and we’re all looking forward to getting the heads down now and pushing on the for the rest of the season in the league, Europe and FAI Cup.”

Frank Kelleher said “It’s great to be back wearing the badge again. I’m a Cork City supporter, this is my club and I’m delighted to play a part for the rest of the season. It’s an honour and a job I will not be taking lightly.”

“John and the rest of the staff are working really hard & doing a good job – it will take me a few weeks to get into the swing of things, but I hope we can all drive on now and have an exciting second half of the season.

Kelleher will join up with the first team after the trip to Finn Harps.

City’s next home game is against Bohemians next Friday at Turner’s Cross. Tickets are now available via Eventbrite & all usual outlets.