Aldi Ireland has seen success on the world stage once more, as its Specially Selected Irish Buffalo Mozzarella Pearls beat 5,000 cheeses from across the globe at the annual International Cheese & Dairy Awards. 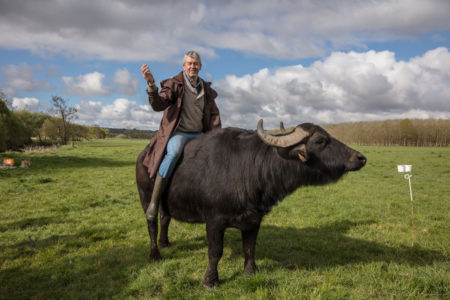 The International Cheese and Dairy Awards celebrate the best in cheese and dairy products from producers and retailers across the globe, with producers from 27 countries competing at this year’s awards.

Commenting on the award win, Aldi’s Group Buying Director John Curtin said: “This award win is further proof that Aldi not only offers the best dairy products in Ireland, but some of the very best in the world. Well done to everyone involved and particularly our supplier, Macroom Buffalo Mozzarella. The quality of their products in second to none.”

This is the second time this month that Aldi has taken home a global award for its products. Aldi’s own-brand Specially Selected Irish Angus Fillet Steak also won the World’s Best Fillet at the World Steak Challenge 2019.

Aldi is committed to growing its Irish supply base and increasing the number of Irish products available in its stores. It has invested more than €1 million in its Grow with Aldi supplier development programme since 2018, which offers up-and-coming artisan Irish food and drink producers the chance to have their products listed in Aldi’s 139 stores. Aldi also recently increased its support for small Irish suppliers by reducing its payment terms to 14 days for suppliers that transact up to €300k annually with Aldi. Aldi will sell over €700 million worth of Irish goods this year, sourced from Irish producers, manufacturers and suppliers across the country.

Aldi has been Ireland’s fastest growing supermarket for most of the last ten years, achieving a 12.5% market share (Kantar Worldpanel data).

Employing almost 3,700 people, the company operates a network of 139 stores across the country, with stores in each county in the Republic of Ireland.

Aldi is investing €160m to expand and upgrade its Irish store network. It has committed €100m to constructing and opening 20 new stores, while Project Fresh sees a further €60m investment to revamp the layout and design of all 139 Aldi stores nationwide.

Aldi was ranked as the most reputable supermarket in Ireland by Irish consumers for the third year in a row by the prestigious RepTrak survey.